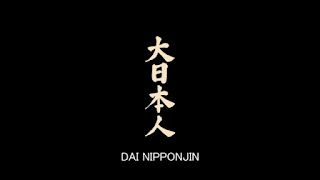 Masaru Daisatô (Hitoshi Matsumoto) a.k.a Sato has an unusual job. He seems to be a regular unhappy middle-aged man but when necessary he is powered up and he turns into Big Man Japan battling monsters threatening Tokyo. His family life has suffered because he has to be always on alert. His Manager Kobori (Ua) takes care of PR and sells ad space from his skin. She also rips him off. The public does not like him because the battles cause damage to infrastructure and he is fat. Someone paints insulting graffiti on his house walls. Also a TV show about his fights gets poor ratings. In the old days monster fighters were respected and celebrated.

EU’s ‘Borderless’ Approach to Cryptoc…
Little Net Big Net
Best Story-Rich Games on PC: November…
My Killer Curves Open Doors For Me – …
There’s a familiar chill in the air
Sato's Grandfather (Taichi Yazaki) was also Big Man Japan, but the continuing electric shocks caused dementia. When mysterious North Korean monster appears and beats Big Man Japan, the ratings of his show suddenly surge. Then series of monster-related scandals eat away the popularity again.
Presented in pseudo-documentary style the Movie is quite slow, it is kind of anti-Marvel movie. The hero is not young or energetic but a downbeat middle-aged man who is just doing his job and continuing the family business. The rituals performed before his transformation are more for keeping up the old customs than really necessary. The origin of the monsters are never explained but they ascend to heaven when they die. There is also satire about the historically troublematic relationship between USA and Japan.
This is the Spinal Tap of the superhero movies. Although advertised as hilarious comedy this is actually quite tragic comedy. The humour is dry and deadpan and it is easy to miss the subtle comedy. This is contrasted by the monsters who are absurd and surreal, "only in Japan." Also the ending takes an absurd turn spoofing Japanese superhero shows and America saving the day. "We're all living in America, America ist wunderbar."

Part of The 2016 Movie Watching Challenge (#24. Movie that is located in a place you have always wanted to visit: Japan)
Rating: