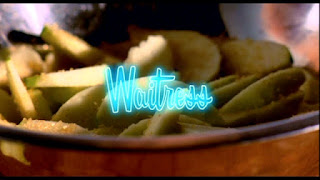 Best Instagrammable places to visit i…
Juliantina: la pareja lésbica de Amar…
Four Foods with Very Famous Names
Interview with the legendary comic bo…
ALBUM: Kabza De Small – I Am the King…
To escape reality Jenna invents new pies with their names that relate to her life and problems. There are for example "I Don't Want Earl's Baby Pie", "I Can't Have No Affair Because It's Wrong & I Don't Want Earl to Kill Me Pie" but also "Falling in Love Chocolate Mousse Pie." Jenna develops a friendship with eccentric and grumpy owner of the pie diner Joe (Andy Griffith).
Jenna fears that she can not love the baby. Earl finding out about the pregnancy does not make the situation any easier as jealous Earl makes Jenna promise that she will not love the baby more than him. Jenna feels stuck in her life but her friends try help her make the right choices.
This is romantic drama comedy with quirky humour but more in indie-style than Hollywood-style. That means that the end is not regular romantic comedy "they lived happily ever after"- end but more like "emancipation of Jenna" as she must find her own way without hurting other people. Keri Russell carries the film well as sweet waitress and also the other small-town characters are interesting and meaningful. However the middle part of the story seems to grind to a halt for focusing too long on the on/off relationship of Jenna and Dr. Jim and the pie-baking theme gets downplayed. It is not perfect but charming indie film.
Sadly director Adrienne Shelly was murdered before the film premiered.
Let's make this part of The 2016 Movie Watching Challenge (#1. Movie about food)
Rating: