Suicide Squad: Congratulations You Played Yourself 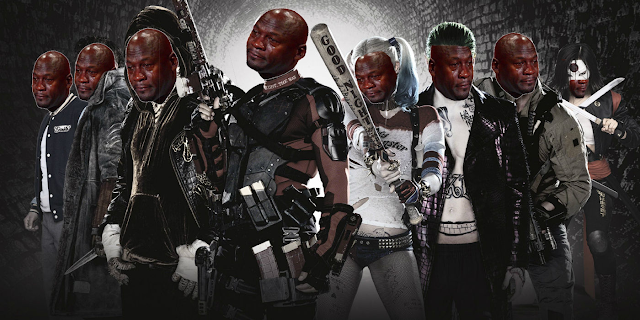 I'd like to start by saying I enjoyed Man of Steel on the second viewing, I liked Batman V Superman, I loved the director's cut of Batman V Superman. I only grew more and more excited every time I saw a trailer for Suicide Squad. I just knew this would be the film that got critics to finally appreciate DC for making movies that weren't the Marvel style of hero flick and showed that they could make jokes too.

Then I read the reviews, and while there were some good ones, there were plenty of bad ones that kept being posted but overall majority were mixed. There were some I really didn't like because they claimed it was too much action movie as if they expected a courtroom thriller, offended by jokes such as "I'm gonna need y'all to white people that," that Diablo wasn't a good hero and disrespectful to LatinX community, only for that writer to later be informed these were not heroes, she still didn't change the review, and that the film wasn't serious enough when that same critic said DC was too serious in previous reviews. So those four reviews really pissed me off and you probably saw the tweets. But, like I said, the reviews were mostly mixed. Despite being warned not to waste my money, I saw it anyway, so here's my mixed review.

Firstly, I enjoyed the film. I enjoyed it a lot. I knew what I was getting. I knew these weren't supposed to be morally perfect stand up super villains, so I wasn't hurt when I found out that Deadshot was a bad guy and I didn't feel like he let down the whole black race. I didn't expect it to be politically correct, so when Deadshot was making white people jokes, I thought it was funny. I wasn't shocked that there were so many shots of Harley's butt, I mean did you even see the trailers? What did you expect? Like always Snyder delivered when it came to action scenes and beautiful cinematographic shots.

Despite all of that, I'm not going to act like this was a good movie, and that's okay because I'm the guy who likes to watch bad movies and make fun of them. You can get great joy out of a bad movie even if it's not a comedy so don't get hurt when I say it's a bad film. It already hurts me enough to say it.

It's clear that Warner Bros. were digging their hands all in the film and it shows, just as much as it did for Fox's meddling in  Fant4stic. The plot rapidly becomes disjointed and despite Joker playing a huge role in the trailers and promotion it's almost as if he's and afterthought to the film. There's an entire story of Joker and Harley's abusive relationship that was shown in trailers, but completely cut from the film. There's evidence that other things were cut from the film as they're referenced but never actually seen.

I think the worst part is that David Ayer is telling people this is the director's cut of the film. Despite mentioning there's a ton of things that got cut from the release. On top of that, the film originally had a much darker tone but Warner Bros. felt the critics thought DC needed to lighten up a little so there were more jokes shoehorned in. Sure, some were funny, in fact a lot were but most of them just didn't fit where they were placed.

Like I said, I enjoyed the movie a lot, and I'd still recommend it to some people. But, it's just not a well constructed movie. If you like action movies, you'll really like the movie. If you like comic books, but don't fall into they "they're ruining my childhood," "Snyder killed Superman and Batman," or "SJWs are ruining comics," camps, you'll still enjoy the movie.

You can hear Darrell on the CP Time and Powerbomb Jutsu podcasts. He also plays classic arcade games on The Cabinet
Follow @OriginalKingD

Suicide Squad: Congratulations You Played Yourself