Is your escapism progressive? A Quick Look at Teen Wolf 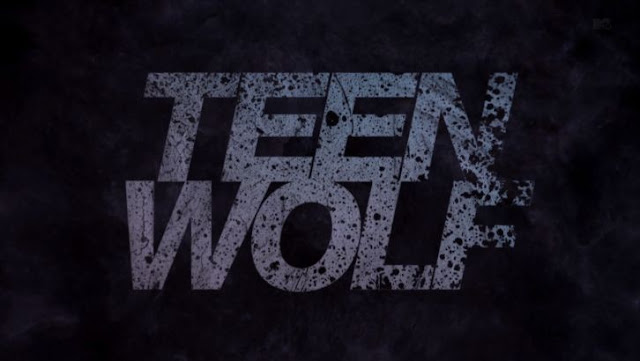 In the Merriam-Webster dictionary, Escapism is defined as “an activity or form of entertainment that allows people to forget about the real problems of life.” Most of us who are part of the geek subculture in one way or another understand this personally. And if you’re a role player like myself, your sole purpose of getting online some days is to act out some heroic scene or cast some magic spell, just because in your everyday life…you feel…powerless. And for the most part that’s okay.

But what happens when a marginalized group of people become erased from that narrative entirely. In the goal of erasing all the bad things in reality we end up erasing the people and struggles attached to them.  For example, what happens when the struggles of African Americans in America becomes erased in a fantasy drama set in modern America?

Or at the very least you only have the one token character that pretty much is there to give the straight  white characters mystical advice and  it gets called  “progressive”. And what happens to the narrative of cultural appropriation when Asian and Hispanic cultures are thrown around with every usage of mythology and lore butchered for the sake of “The Narrative”.  All of this shatters progressiveness and pretty much sets a negative precedence for a marginalized audience that also wants to find their escape.

It’s just my fantasy and how I see things…

From roleplaying, video games, television, movies, cartoons, and even fiction writing I’ve seen this statement used plenty of times.  And on one hand, it’s kind of true statement, it is your fantasy and you should probably develop it as you see fit. The problem with that statement is the fact that it alienates everyone who is a part of your fantasy: the audiences, the people who help create your fantasy, and even the people who will potentially critique your creation.

Teen Wolf is notorious for this. With it’s up and coming last season tackling *sigh* Nazi werewolves and ghost riders with a Houdini complex, I think it’s time to explore just a little bit of Teen Wolf’s escapism.  Showrunner Jeff Davis has stated plenty of times that he wanted a fantasy drama where racism and homophobia didn’t exist:

This sounds good on paper when you have a show set in modern times about a teen werewolf battling monsters, hunters, and everything else that goes bump in the night. However, you would think that a show dedicated to “progressiveness” would highlight some of those themes, right? Well the problem with Teen Wolf is that it not only eliminates racism, homophobia, and even sexism, but also hides poc and queer character into the background until being needed.  In fact, Teen Wolf drives past these themes rather than actually explore them.

In the case of the character Danny( played by Keahu Kahuani) , we got to see a lot different usage of not only queer baiting, but also diversity baiting in three seasons he was introduced. In season one, Danny was introduced as the “gay friend” that everyone likes with hacking skills that rival most government agencies. In fact once or twice his skills have been used to help the pack gain information on the several happenings in Beacon Hill. Problem is that in many instances, Danny who seemed to be getting a stronger role into the show kept getting whittled down to “The Gay Best Friend” troupe and “The Gay Love interest” when his character was needed in season 3. No longer were his skills important, except for the one or two times it was vaguely used…now he was the hot gay guy who played love interest to the other hot gay guy…sigh. And after three seasons and a shocking declaration that he knows about the supernatural, Danny vanished without so much as a mention.  His love interest was gone and the show seemed to think that his character wasn’t important.  Never given an explanation for his disappearance, he just vanished. Although with Teen Wolf’s haphazard storytelling he probably disappeared with…the Wild Hunt…seriously who writes this stuff.

Anyways,  this is just one instance. We also have the many POCs killed off including Boyd who was introduced in several episodes to have an elaborate backstory only to be killed off and his death used as queer baiting fodder for the “straight” characters (Stiles/Derek).  And we’ve seen this with female characters such as: Erica, Victoria, and even Alison (Crystal Reed)  who was one of the leading characters of the show.  And another problem that this show seems to have is the way it uses it’s female characters. The rule of them has become the following: “If they can’t be used as a love interest, one or two scenes of ‘badassdom’, plot fodder, or a damsel in distress kill them off or write them off.”

We’ve recently seen this with the character Kira (Arden Cho) who’s character not only was used as a love interest and plot fodder for season 3 and 5, but wasn’t even allowed to explore her kitsune story in the latter season. In fact the kitsune plotline of season 3b was given fully to be explored by character Stiles (Dylan O’Brian) to play “the nogistune” which in itself reeks of whitewashing and appropriation for dramatic plot.

So this brings us back to the topic at hand: Is your escapism narrative progressive, if it harbors the same microaggressive prejudice behavior display in real life? Or maybe your escapism is just an excuse to hide the fact that you may not have the capacity to explore these themes head on. Whatever the case may be, if your escapism erases the people who live around you…maybe it isn’t a good thing.

Is your escapism progressive? A Quick Look at Teen Wolf