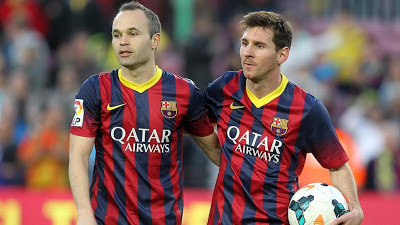 Lionel Messi and his teammate Andres Iniesta have cancelled their flights to Turkey following the Failed Military Coup in the country.
The duo were scheduled to join other football stars to play a charity match in Turkey today Saturday July 16th that was organised by Samuel Eto'o, their former teammate, to commemorate the 10th anniversary of his charity foundation.
Barcelona football club posted a Tweet confirming both players were in Spain and wouldn't be traveling to Turkey for the match.
Messi, Neymar, Luis Suarez, Eden Hazard, Francesco Totti, Michael Essien, Xavi Hernandez, Carles Puyol, Eric Abidal, Jay Jay Okocha, Pierre Emerick Aubameyang, Andres Iniesta, Demba Ba, Didier Drogba and Arda Turan were all expected to take part in the game. 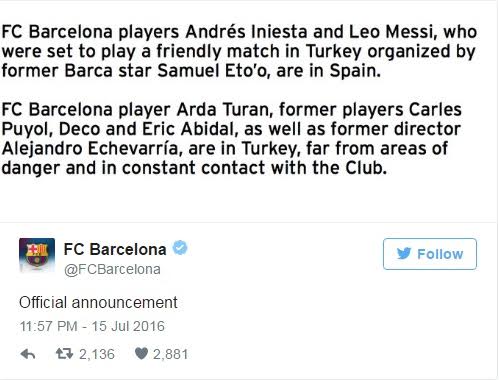 Wuhan Weather Report
Black And White Thinking: What It Is …
أجمل اماكن سياحية في تركيا
What Marathon Running and Successful …
Tokenyz the Next Big Digital Currency…