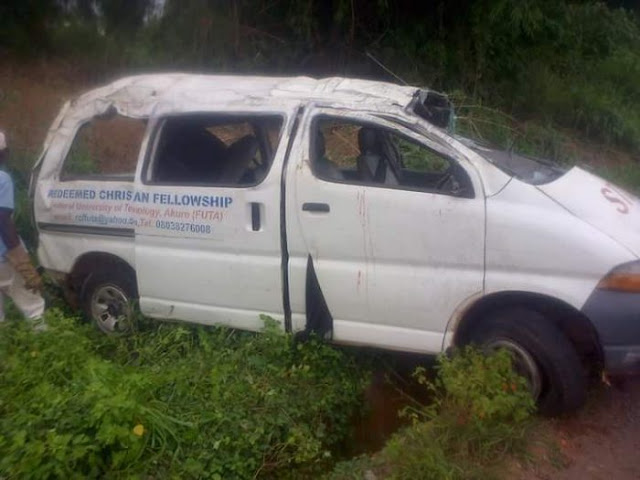 Four students of the Federal University of Technology Akure, (FUTA) on Saturday lost their lives in an accident which occurred at Ibule Community along Akure-Ilesha expressway in Ifedore local government area of the state. ( Ibule community is about few meters away from FUTA) .
The victims, whose identities were undisclosed as at the time of filing this report, they were on their way to Ibadan, Oyo state for a religious programme.

It was gathered that about 15 of them were travelling in the ill-fated Hiace Bus. While four died instantly, 11 others sustained severe injuries and are presently receiving treatment at General Hospital in Akure.
The State Police Public Relations Officer (PPRO), Mr. Femi Joseph, who confirmed the incident, said preliminary investigation revealed that the accident involved a Hiace bus conveying the students and an Okada rider‎. 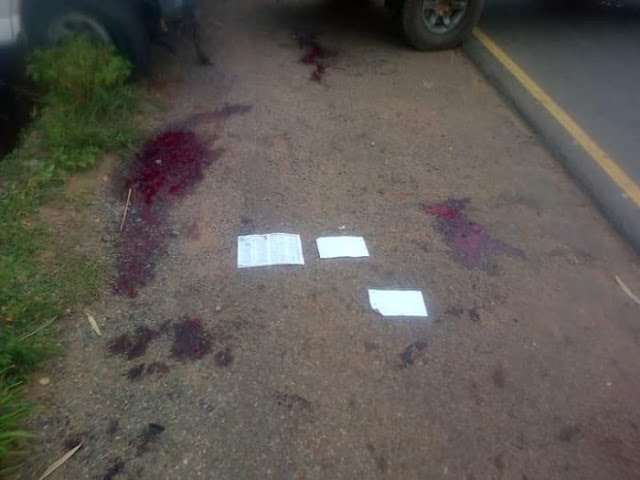 Joseph said the accident happened when the Hiace bus, which was on top speed, somersaulted several times after trying to Manouver its way when ‎an Okada rider suddenly bumped into the expressway.
He said policemen and FRSC officials quickly responded to the incident and rushed the injured to the hospital adding that the four corpse have been deposited at the morgue.
The Public Relations Officer (PRO) of the university’s Student Union Government (SUG), Comrade Segun Oladele who also confirmed the death, saying the injured are responding to treatment while they are still trying to get ‎the identity of the dead students.