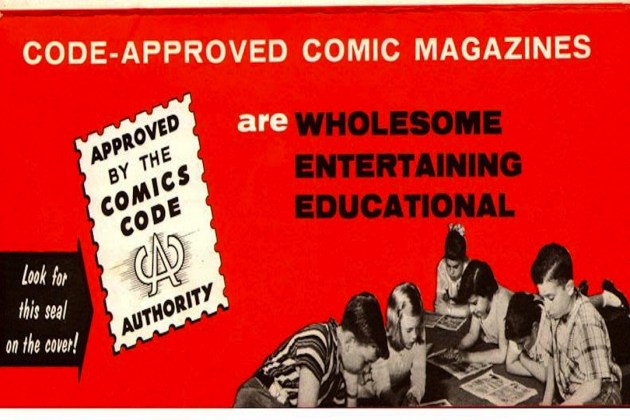 It the last stop of Chris and Reggie's five-part comic book history tour, as seen through the lens of the Comics Code Authority! First, we learn about the fates of our Comics Code triumvirate: Senator Estes Kefauver, Dr. Frederic Wertham, and publisher Bill Gaines. Then we take a quick trip around the world and see how the comics industry has developed in those countries that never imposed the same restrictions on content as America. Now we have come to the conclusion of the CCA, and Chris and Reggie offer their thoughts and opinions on the ramifications of a post-Code world. They look at new public pressures that affect publisher decisions today, and examine some of the sources that drive self-censorship in other entertainment industries today! There's something to piss of everyone in this second half of episode five, you won't want to miss it!