If Only Trump Was Successful 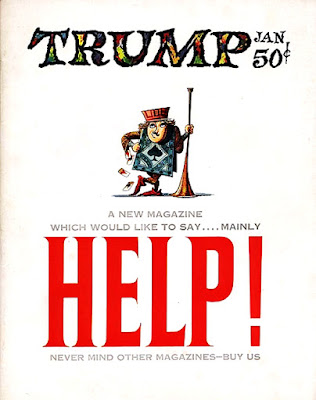 Signs That You’re In A Healthy Love R…
Upkar New Paradigm Reasoning Book PDF…
Why Friday The 13th Will Be Your Luck…
BuzzFeed Editor, Lara Parker, Uses Ca…
Elliptic’s solution to keep track of …
Published By: Dark Horse/Kitchen Sink Books
My father had a copy of Harvey Kurtzman’s Jungle Book, one that must be a small pile of yellowed paper chips and dried binding glue by now, that I thumbed through very carefully several times throughout my childhood. Dad said Kurtzman was hysterically funny, but I didn’t get any of it. I didn’t understand the properties being satirized and thought the jokes went on for too long. It wasn’t until I read a reprint of MAD #1that I began to understand his genius, a sense of humor and comic (book) timing that was just perfect. It didn’t hurt, of course, that he was aided by many of the best comic book artists of the time, but it was mainly Kurtzman’s show. And from there, I sought out as much of his work that I could, thumbing through reprints of Two-Fisted Tales and mishandling my dad’s paperback collection of Help! magazine, a publication Kurtzman produced for Warren from 1960 to 1965. I read about the magazine collected in this book, Trump, but never actually saw either of the two published issues in the wild. Well, Dark Horse/Kitchen Sink Press has remedied all of that with Trump: The Complete Collection, and you can read what I think of it right here! 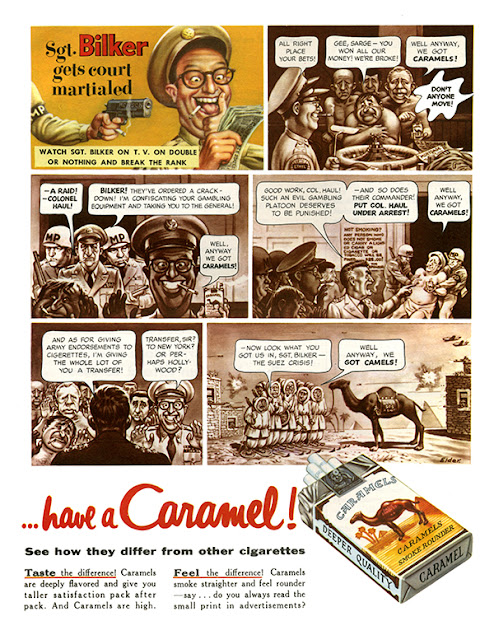 You love to hear the story, again and again: a young upstart leverages his publishing connections and a unique creative vision to make a magazine that would change the world. That magazine was MAD, published by EC Comics, and it brought the publisher Bill Gaines a tremendous amount of wealth and recognition. He was not, however, the brains behind the initial run of MAD; that person was Harvey Kurtzman, a man of acute wit and satiric sensibilities, and whose creation would set off a host of competitors—one of which, Panic,was published by the same company! For this reason and probably others, Kurtzman wanted to walk from MAD and EC Comics totally, and produce a humor magazine aimed at his peers rather than the funny book set. Despite MADchanging format from a comic book to a black & white periodical to suit Kurtzman (and not, as has been claimed, to dodge the Comics Code Authority—that was just a benefit), he stormed off the magazine acrimoniously, for a more lucrative and personally rewarding opportunity uptown. 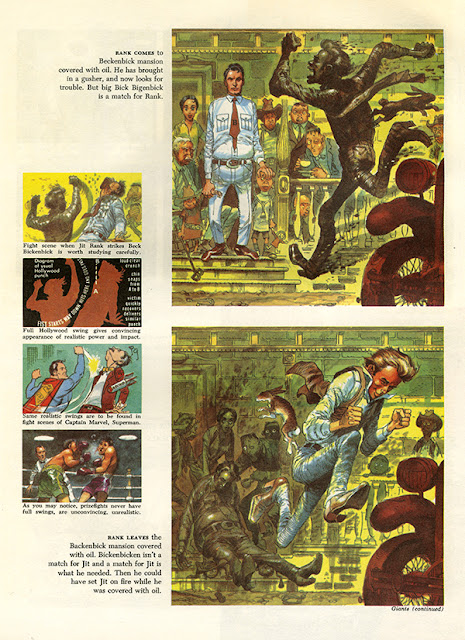 For there was another young upstart that leveraged his publishing connections to create a world-changing magazine one year after MAD’s debut, and that was Hugh Hefner, creator of Playboy, known the world over as a purveyor of high-end audio equipment and (until recently) naked ladies. He was impressed by MAD and sought an audience with Kurtzman, and Hef told him that he’d love to work with him sometime. As in, when you shake loose that kiddie outfit over on MADison Avenue. And when he did, as described in the engaging foreword by Dennis Kitchen, he never looked back. Bolstered by Hugh Hefner’s decidedly looser purse strings, he attracted some of the greatest talent at MAD magazine, and a few other notables besides. The magazine Kurtzman created would eventually be named Trump,and he produced two issues, to robust sales and good acclaim, before Hefner pulled the plug on the whole thing and sent Harvey to the world of self-publishing with his next venture Humbug.But that’s a collection for another day. 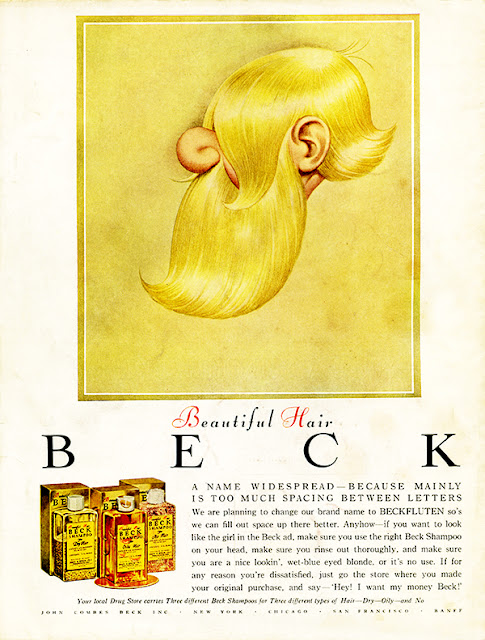 This single-volume collection of Trump is actually volume 2 in a Harvey Kurtzman Collection being produced by Kitchen Sink, the first was the lushly-produced oversized Jungle Book,which was certainly a handsome tome whose treatment was not completely warranted by the material. I expect this collection will be of a similarly high quality—I’ve only seen a PDF—but the contents are just amazing for interested parties that have never seen this stuff. It’s exactly as envisioned by Kurtzman, an upscale MAD with some color pages and biting social commentary that was relevant in that moment, hyper-aware of commercial trends and notable fads, without succumbing to accrued irrelevance. Take, for instance, the article “Our Own Epic of Man” from the first issue of Trump. At face value, it’s a parody of the painstakingly researched and expertly rendered series of painted panoramas featured in Lifemagazine titled the Epic of Man. Bill Elder, primarily, creates his own lush, detailed works of art to Kurtzman’s words, which takes Life’s look at the evolution of human culture and imagines how today’s society (well, 1957’s society) would appear to anthropologists in the distant future. The allusion to the Life magazine articles may be lost today, but the commentary on a throw-away, celebrity-obsessed society is not. Neither is the long and hilarious look at Qualudes, written by Kurtzman and drawn by Al Jaffee, which must have just become en vogue for bored housewives 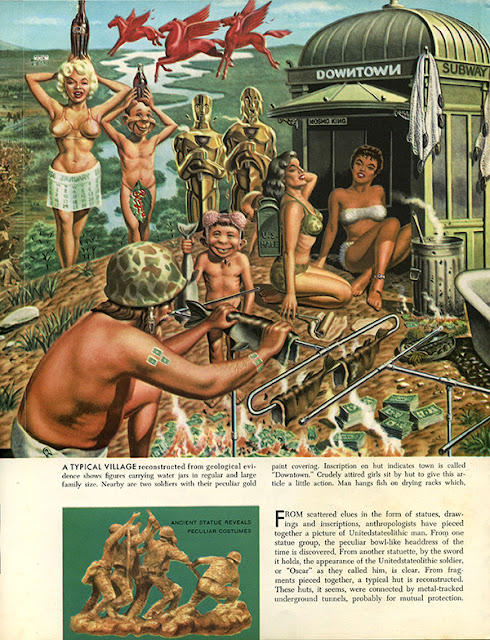 Any student of the works of Bill Elder, Jack Davis, Al Jaffee, and so many other notable contributors cannot pass up a look at this collection. I dare say it’s some of the best work by these creators that I’ve ever seen. Perhaps buoyed by a Hefner-backed paycheck—as well as high-quality, full-color magazine printing—these fellows provide some vivid, detailed work that displays well in this format. Perhaps of greater note are the page layouts, done entirely by Kurtzman and exacting in their satire, even though some of them must have been real pains in the ass to execute. Evidence of Harvey’s passion can be seen at the end of the book, in the unpublished third issue of Trump, cobbled together as best as possible and with commentary by Dennis Kitchen. Here, we see some half-finished ideas and several layouts and thumbnails that give us a lot of insight into the intensity of Kurtzman’s process. There’s also some correspondence between Hugh Hefner and Harvey Kurtzman included that might eveal the mystery of this magazine…or add to it. 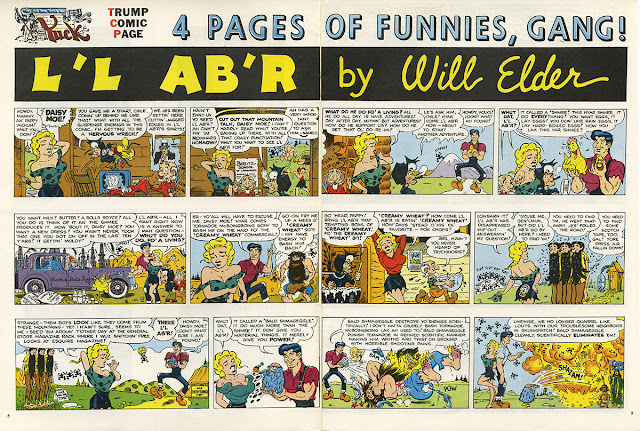 The narrative of this collection plays as a sort of “what might have been” tale, and it is chock full of information and anecdotes to support this contention. But it can also be seen as “nice while it lasted,” since the brightest flames must flicker out the fastest. Unlike Wally Wood’s Witzend or Kurtzman’s collectively-published magazine Humbug,this collection of Trump is less a historical curiosity and more a living comedic document that is still funny today. I don’t know how expansive the fanbase is for this kind of look back on a forgotten chapter in magazine publishing history, but if that kind of thing even piques your interest then you can’t afford to miss this book.
9.5/10