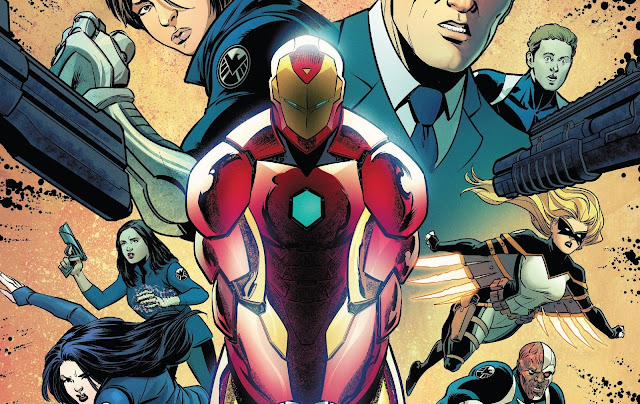 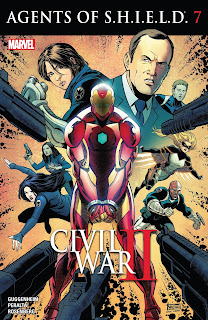 “I didn’t lie about my amnesia, but i…
5 Best Smart Helmets In 2022
19 Trendy Skater Haircuts That Never …
Cellstar Kosmetik – Cellstar Summer S…
Ancient Gods: History of the World
*As this is a tie-in to the Civil War II crossover, there will be SPOILERS for Civil War II #2 in this review*
So, I haven’t been really reading the Agents of S.H.I.E.L.D. comic so when this Civil War II tie-in was announced, I figured I was going to be completely lost. Besides Coulson, I don’t think I would know anything about this team. However, I have been watching the television show and I was pleasantly surprised to find that the team from the show was the exact team in the comic. There was still a bit of catching up to do, but for the most part, fans of the show would have no problem hopping into this comic. So let’s hop in ourselves with Agents of S.H.I.E.L.D. #7.

This issue begins as our team prepares to collect a falling Hydra satellite. However, S.H.I.E.L.D. isn’t the only agency interested in recovering the satellite. The Department of Defense and S.H.I.E.L.D. have been somewhat on the outs with each other and when the satellite finally hits Earth, the Department of Defense release their teams who vastly outnumber Coulson and his own team. The D.O.D. fire their weapons at Coulson’s team, which leads to a firefight. Behind the scenes Coulson is arguing with General Strakofsky to call off his men. Ultimately, Coulson orders his team to back down so that they can live to fight another day. 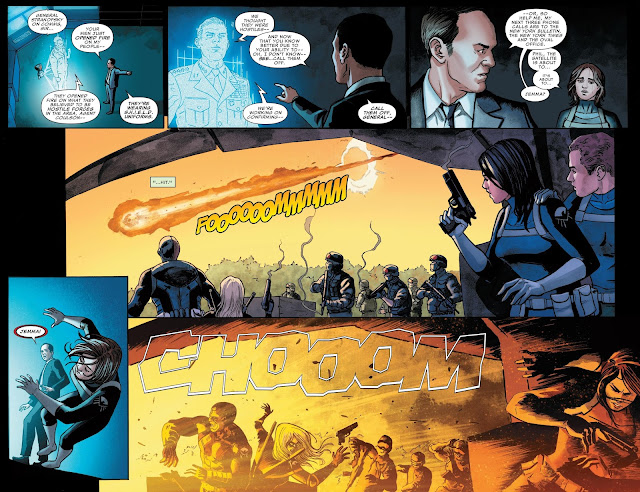 About a week later, Coulson meets up with Maria Hill who informs him that Agent Daisy Johnson (a.k.a. Quake) has asked for reassignment. She has lost her faith in Coulson. Phil doesn’t have a lot of time to dwell on this news though as he is informed that he must find and arrest Tony Stark. Tony recently broke into the Inhuman sovereign state and kidnapped a member of their race. Thus, a warrant has been set. On their way to find Stark, Coulson and the team discuss why he is being arrested and they discuss the powers of the new Inhuman. 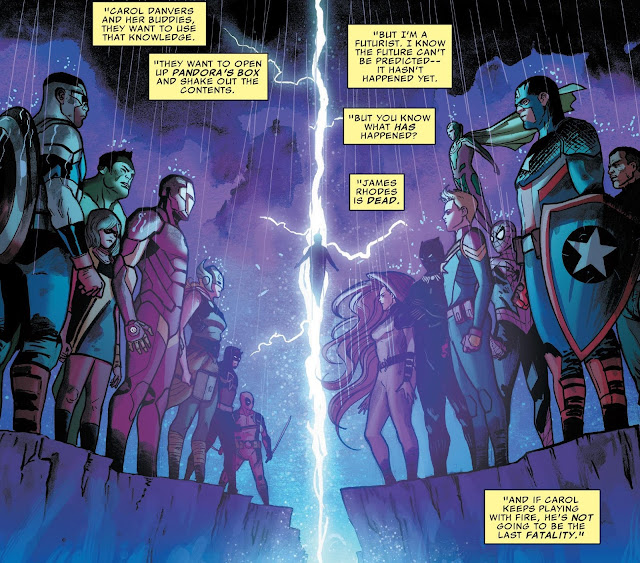 This issue is a truly mixed bag. The conflict at the beginning may set up future issues but doesn’t mean a whole lot in the context of this one issue. In addition, on the plane ride to Stark’s facility, the team discusses the reasons why Tony has kidnapped the Inhuman. Whether Coulson agreed with him or not, it wasn’t enough for him to stop the current mission. Yet, when he is actually facing Tony Stark and the same thing is explained to him, he suddenly decides to let Tony go. That in particular was very confusing. The art was very nice in this issue. There are a couple panels here and there that seem a bit lower in quality but the majority of the art is really nice.
Bits and Pieces:
This issue may be a bit mixed but there is a whole lot to like about it. The art is, for the most part, great and the characters are very familiar. It was an enjoyable read. That said, the storytelling needs to be a lot tighter and the dialogue could use a little work. Overall, not a bad tie-in to this crossover, just an okay one.
6.5/10


This post first appeared on Weird Science DC Comics, please read the originial post: here
People also like
“I didn’t lie about my amnesia, but it was my shield” – Sbahle Mpisane
5 Best Smart Helmets In 2022
19 Trendy Skater Haircuts That Never Go Out of Style
Cellstar Kosmetik – Cellstar Summer Special
Ancient Gods: History of the World
Tony Rock Goes Off On Will Smith & Jada Pinkett At Comedy Show
The U.S. and Israel: Three Tragic Verses – One Unavoidable Conclusion.
Samsung Galaxy S22 Ultra Is Here With S Pen
Find Answers To All Your Questions About DoorDash Business Model And Workflow