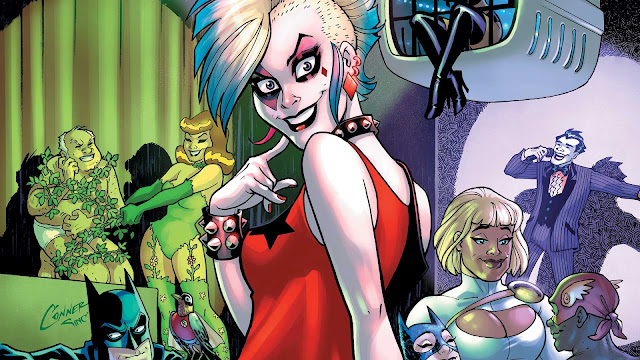 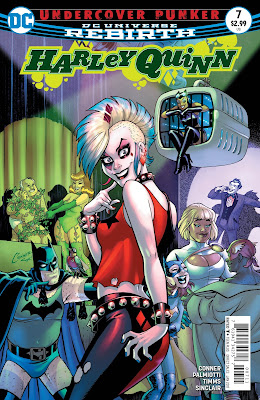 Romantic Interior Design
Three Lucky things that have happened…
فوائد البطاطا الارجوانية للصحة
A Brighton Personal Trainer’s Healthy…
Playing with the drawing tools in My …
**NON SPOILER AND SCORE AT THE BOTTOM**
Well the Skull Bags are sitting around and ready to go
They’re ready to go now, they got their guitars
And they’re gonna go down to the Villain Nightclub uh oh
And she just had to stay, she had to break a face
Well North Brooklyn really has it all oh yeah
Harley is a punk rocker
Harley is a punk rocker
Harley is a punk rocker now
Explain It!
Harley is undercover as G.G. Harlin with Jello and Billy Blood from Purple Satin in the supervillain and superhero cosplay club Fowl Play, when the club’s owner Oswald Cobblepot calls Billy into his office. If none of that made sense to you, go back two issues and start reading. We’re at the end of an arc here, I’m not going to hold your hand. Despite her new hairstyle and slightly augmented costume, Oswald has figured out that Billy’s guest is none other than Harley Quinn, and furthermore knows that she’s in cahoots with Chief Spoonsdale of the NYPD. Cobblepot figures she’s there because of Purple Satin’s knights in armor robberies, of which Cobblepot commissioned one…but the excitement proved too enticing for the crew, which led them to accidentally kill a mailman and bring them to the present situation. See? I ended up recapping the last couple of issues anyway. It’s like I don’t even need to try to be a great guy anymore, it just comes naturally. 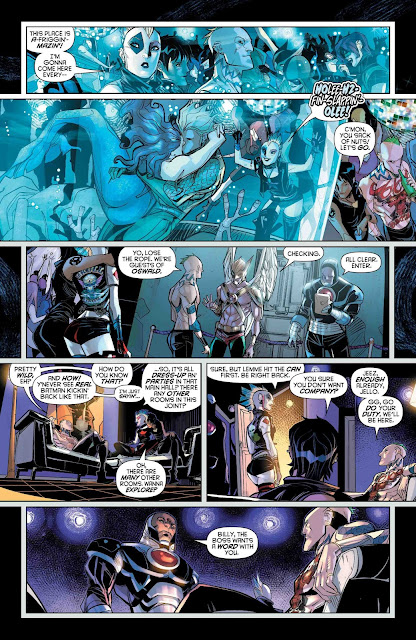 While Billy is chit-chatting with the Penguin, Harley phones in to Big Tony, who is with Red Tool and Eggy outside the Sheepshead Inn (presumably in Sheepshead Bay), the place that Purple Satin calls home. Harley tells them to poke around, see what they find, so Red Tool kicks open the door and they immediately find a bunch of obviously pilfered material, not to mention that pizza boy from the first issue that Jello seduced—he’s bound and gagged and wearing a frilly apron, but has enough lucidity to skedaddle the hell out of there. Team Harley is ready to take this stuff to the police, when a truck smashes in through the window! It’s the other two members of Purple Satin, who don’t take kindly to having their stolen stuff stolen by other people. I mean, just because they pilfered it doesn’t mean it’s up for grabs. This ain’t socialism, folks. Harley’s band wakes up in some horse stables, after being copiously urinated upon, and they are able to convince their captors that they are merely bungling thieves that were looking to steal the fruits of their musical talents! After flattering them a bit, the kidnappers decide these weirdos are okay and agree, upon Eggy’s suggestion, to have some drinks. 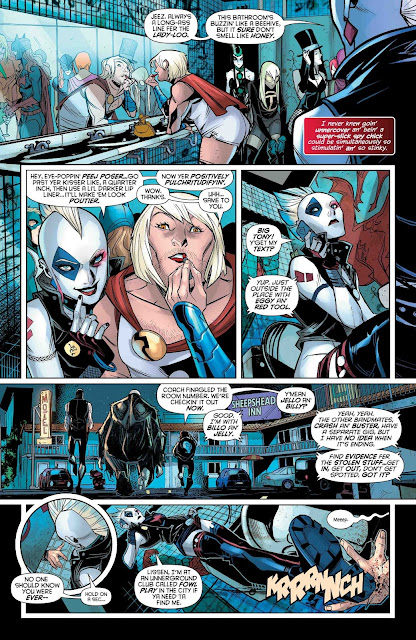 Back at Club Fowl, Jello has led Harley to a part of the club that looks just like Arkham Asylum, a fact that she lets slip in public. Billy shows up and tells Harley Quinn to get into an isolation tank—for he knows her true identity! Billy pulls a gun on her, but Harley fights back and brings the proceedings onto the dance floor. Billy tells everyone it’s Harley’s birthday and she wants a beatdown, so the crowd converges upon her with strikes and blows. Hell hath no fury like a horny woman scorned, however, so Jello steps out and starts firing a gun right into the crowd! She kills about a dozen people that aren’t Harley Quinn, then Billy grabs Jello and starts to make for the exit—only to bump into Oswald himself! He, in turn, bumps them off, and then he and Harley have an encounter that amounts to them saying, “So, you’re in Brooklyn too, huh?” to each other, for all intents and purposes. Harley Quinn does smash all of the television screens in the Penguin’s security suite, but I have a feeling she would have done that regardless. To wrap up, the other members of Purple Satin are at the horse stables knocked out from alcohol poisoning, so all’s well that ends well! 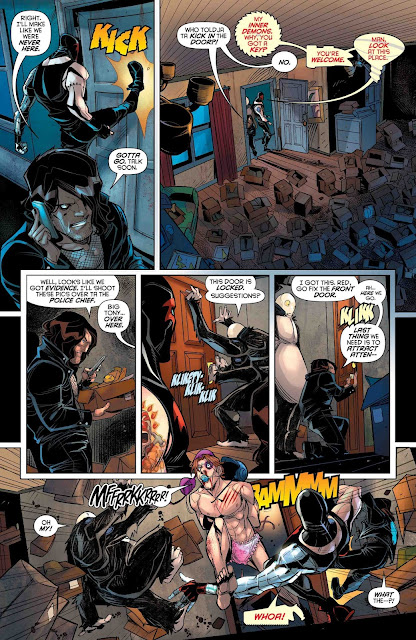 I really appreciate the fact that this was a three-part story arc, but it could have ended a little stronger. The idea of this cosplay club being the heart of the operation…I was expecting something a little more punk rock, I suppose. There were plenty of good laughs, and I am definitely interested in what will come of Oswald Cobblepot having set up shop in Brooklyn, but I found myself more interested in the hijinks with Tony, Red Tool and Eggy myself. When are they getting a miniseries, huh? I want to see how Big Tony reacts when people mistake him for Glenn Danzig. 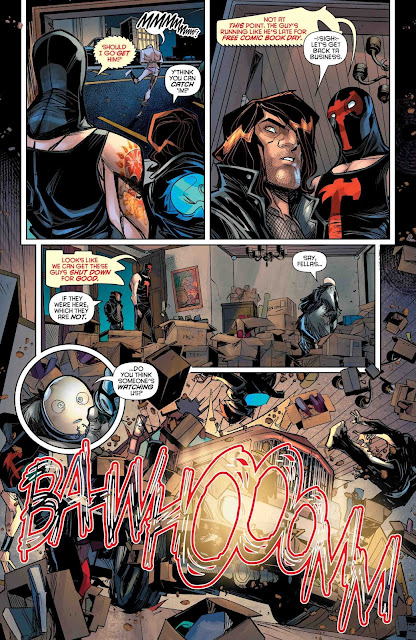 Bits and Pieces:
This three-part arc was a lot of fun, despite ending a little flatly. The immediate situation is wrapped up in a neat, drunken package, and a familiar figure from Harley Quinn's past is introduced to the proceedings. You think it's the Joker, right? I bet you think it's the Joker. Well I'm not telling. You have to read the comic to find out for yourself!
7/10