Welcome back to another exciting installment of Top 5 Fridays! Well, this week 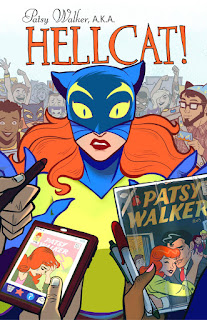 Let's kick things off with the only marvel title on this list. Do you want to know how much I knew about Hellcat before Jessica Jones? Absolutely nothing. But when I did learn about her, she was one of the most interesting characters on the show. I did more research on her past and saw that she'd be getting her own series. I was so excited, expecting a new kick ass brooding hero in the world... But then I saw the cover to the first issue by Brittney Williams ... This wasn't the kick ass hero I read about... The one who survived a very terrible past, and has gone to hell and back. I was expecting broody! Not cute. Despite my reservations, I decided to give it a shot... And holy crap, did I fall in love with it. It was cute, funny, action-packed, and if the Civil War II tie-in has proved anything, it can be just as serious and emotional. It's now currently one of my favorite books Marvel is putting out now, and I'm so happy it's sticking around for Marvel NOW. 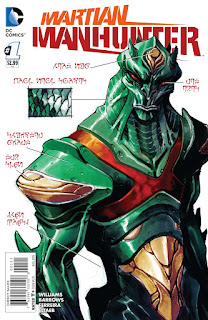 With the exception of the Brightest Day and Justice League United, when has Martian Manhunter been the main character? Sure, he's a great supporting character, filling out the teacher like roll that characters like Stargirl need… But nothing about him ever screams starring role. It's a shame because he's been like this as long as I can remember. The guy has the powers of superman(with some added ones), with the keen analytical mind of Batman. On paper, he sounds freaking amazing, but no one ever gave him a chance… That's when I found this series. No longer was he just the mentor. He became a fascinating character within himself by splitting into multiple personalities, showing his detective side with Wessel, his clever side with the Pearl, his heroic side with the old man... and of course, his compassionate side with Mr. Biscuits... For now, he's gone back to being in the background, but hopefully, he can come back out into the spotlight as Rebirth continues... Also, Pour one out for Mr. Biscuits. That death still hurts.
3: Gotham Academy 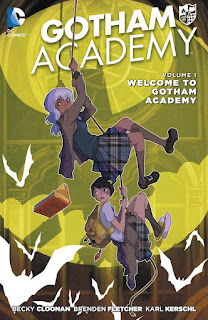 There are some weird demographics that have to be catered to one creating comics. The most common demographic that writers try to make stories for are teenage boys. There are very few guys Who I think would pick up Gotham academy as part of the regular pool. Guys like action, scantily clad heroines and epic fights between superheroes and supervillains. Why on earth would any guy pick up a story about a high school girl's time in a school over the Dark Knight or the Man of Steel?Well, a great, relatable cast is a good way to start. Try to deny it all you want, we've had our Pomalines, our Coltons, even a few Olives(well with the exception of the whole family line of supervillains thing). Another thing is that it actually feels a mysterious, where Batman's mysteries how to make it perfectly clear what's happening and who's behind it. The moment I saw the eye peering into the dorm rooms in the first issue I was hooked and wanted to see where the story went. 19 issues later and I'm all set to head into the second semester for this great series.
2: The Omega Men 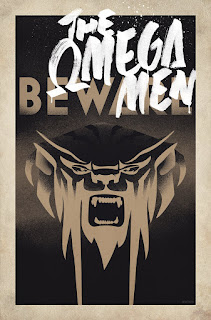 If I could describe this series in a single word, it would be brutal. This is something I wasn't expecting for a book put out during a time where the goal was making DC comics for all new demographics. When my youngest brother and I saw the titular team, our first thought was, "oh good, a Guardians of the Galaxy rip-off." I was expecting a fun-filled Adventure with some quirky characters… And then Kyle Rayner had his throat ripped out by what I thought was going to be the new rocket raccoon... Yeah, there is violence in Guardians of the Galaxy, but nothing this brutal! And if you think the brutality stops there… You have not read the series. Heads are blown apart, mass shootings of civilians take place, corruption of galaxy-wide religion is shown and is just left to grow. These are just a few of the things that happen in the series... and it makes it so much better than the rest of what came out of DC You. It even has the perfect ending that fits the series perfectly. It just came out in a collected edition, so if you want something a little darker in your comics, look no further than here.
1: The Legend of Wonder Woman 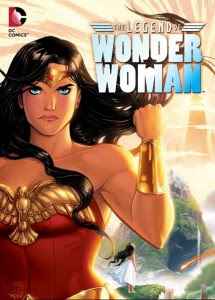 This series... This friggin series... It Surprised me when I thought nothing else would. Futures end, Earth 2: World's end, and Injustice Years Three and Four are just a few of the weekly releases that just kept disappointing me every week. It made me HATE picking up the next issue of each one and eventually it made me drop them altogether. I don't mean the series, I mean weekly series altogether. I thought there was no way to salvage the once great digital first series. Then this little series appeared... It looked promising, but so did Year Three and Four... I avoided it, believing nothing that came out so frequently couldn't possibly feel rushed... But after seeing the fantastic reviews of Jim, and the illustrations of Ray Dillon, Renae De Liz all over our site, I had to check it out... Not only is it one of the best Wonder Woman stories of all time, but one of the best origin stories of all time. It has great characterizations(Gotta love Etta Candy), Action, and a lot of heart. I can't wait for the sequel series and see where the amazing Amazon goes next.
That's it for this week's Top 5 Friday! What series surprised you with how good it was? Leave a comment and I'll see you next time!