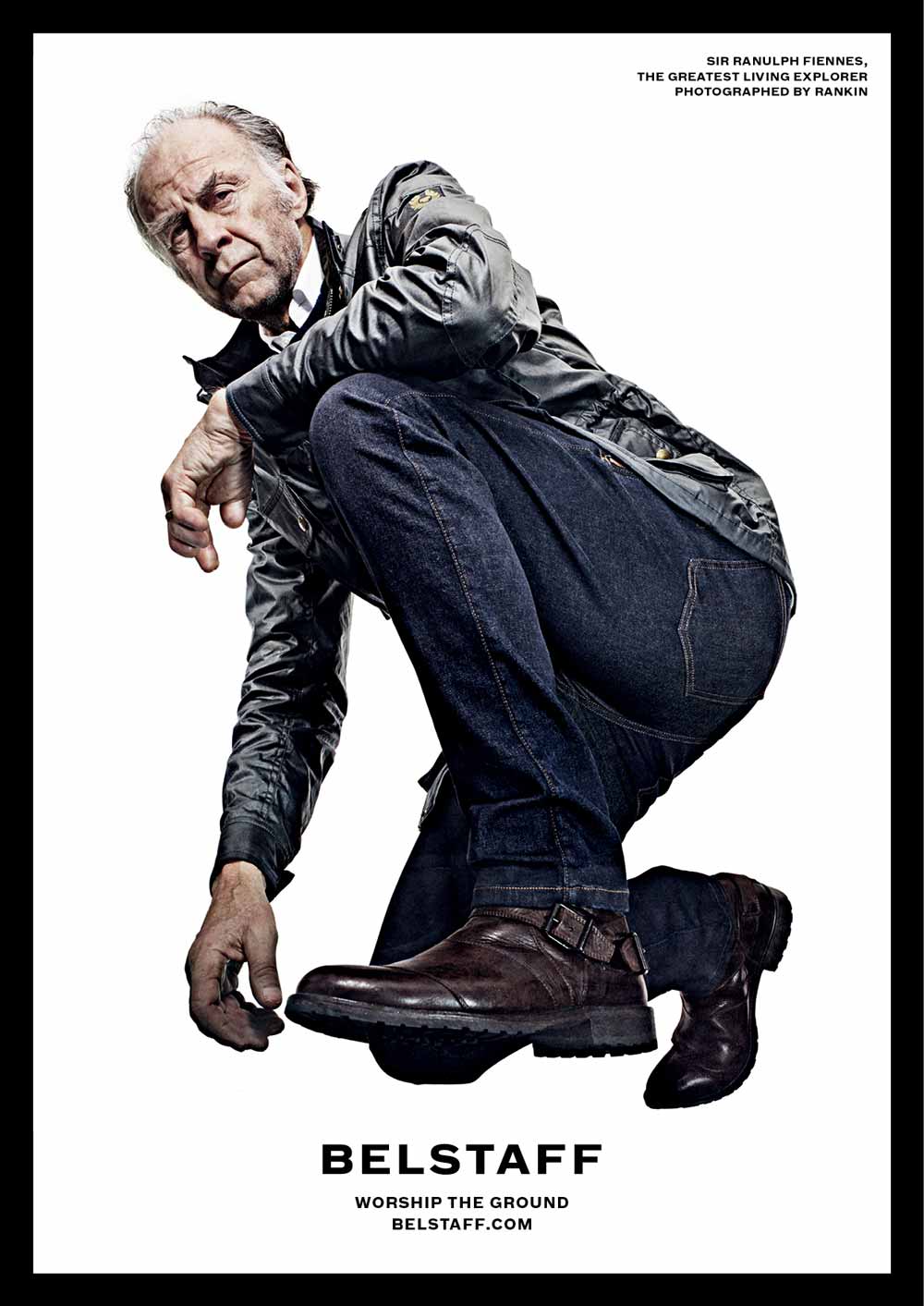 Luxury brand Belstaff has released its new menswear Campaign featuring legendary polar pioneer, Sir Ranulph Fiennes and stuntman, Riley Harper in a series of portraits and film exploring what the latest campaign phrase means to them.
The Worship the Ground campaign features Sir Ranulph who is “the world’s greatest living explorer”, according to the Guinness Book of Records.
The campaign showcases the legendary Belstaff Trialmaster boot and other associated products. 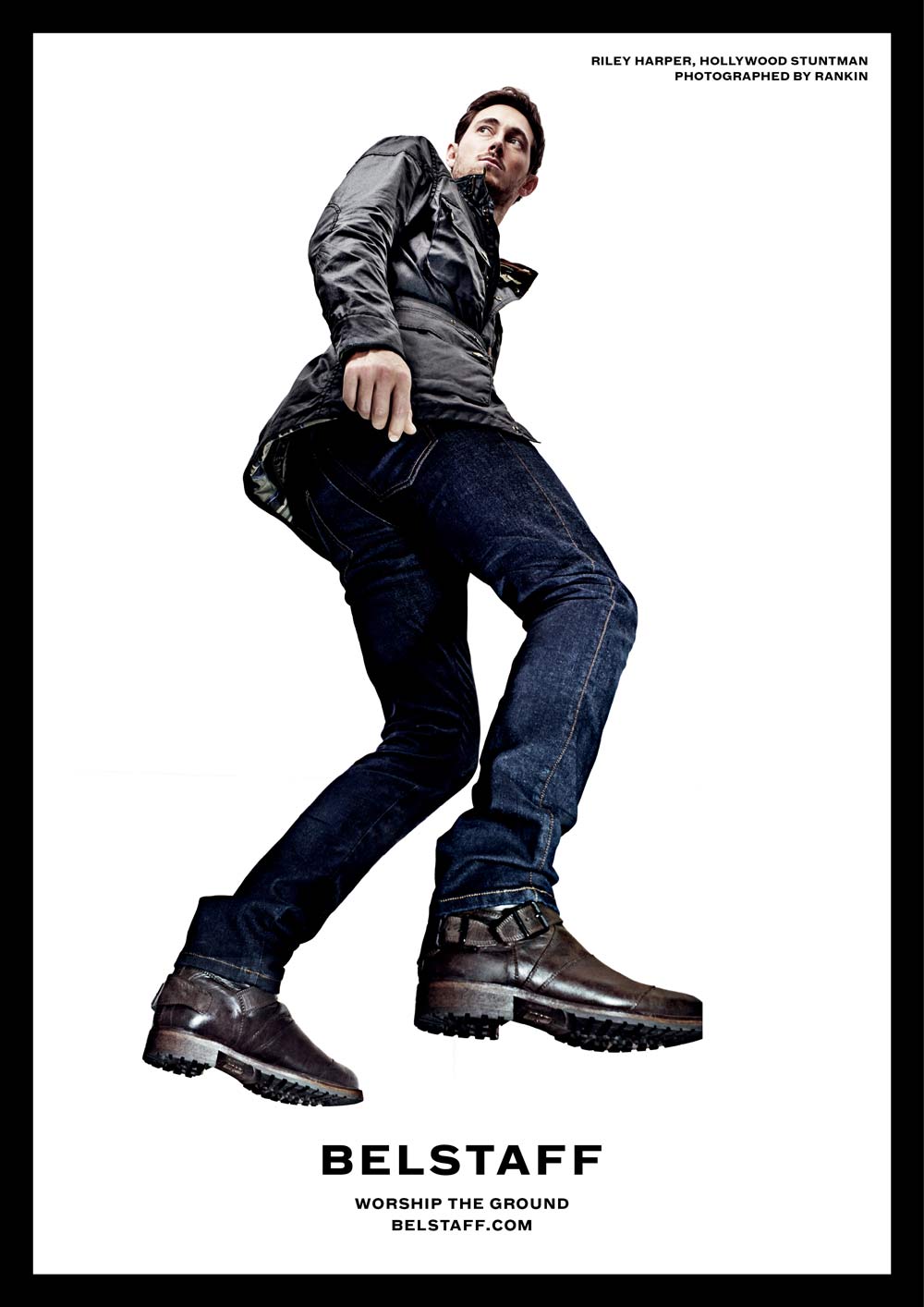 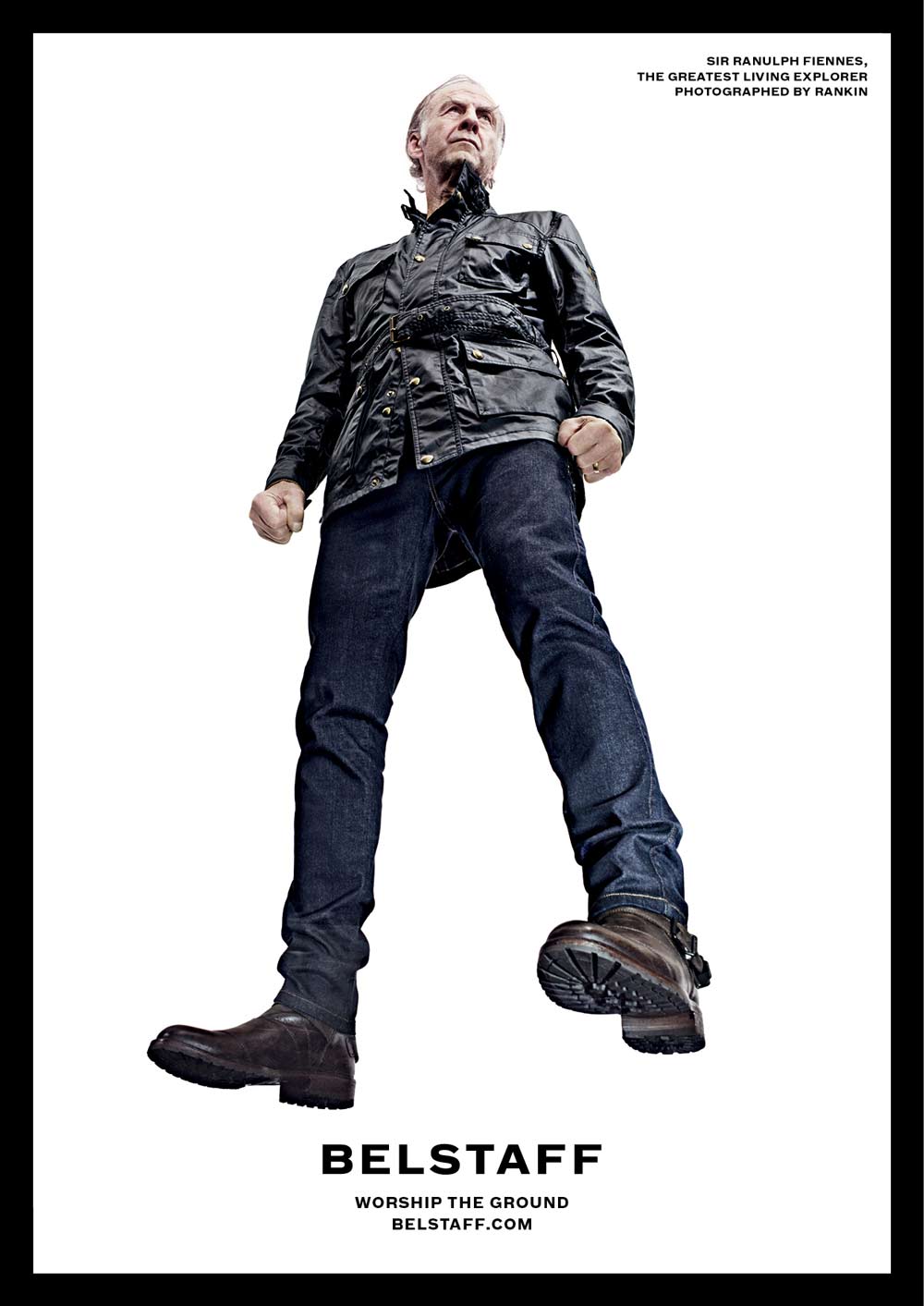 The boot is one of Belstaff’s most iconic designs over the past 60 years since its creation in 1955.
The Trialmaster has travelled far and wide, been worn by racers, aviators and fearless pioneers. The boots are the embodiment of lasting craftsmanship and the ultimate accessory for a lifestyle of epic adventure.

Sir Ranulph Fiennes was the first man to reach both Poles, the first to cross Antarctic and Arctic Oceans, the first to circumnavigate the world along its polar axis and was the youngest Captain in the British Army having joined the SAS in 1965.
He fought Marxist terrorists between 1968 and 1970 and received the Sultan’s Bravery Medal from Her Majesty the Queen. 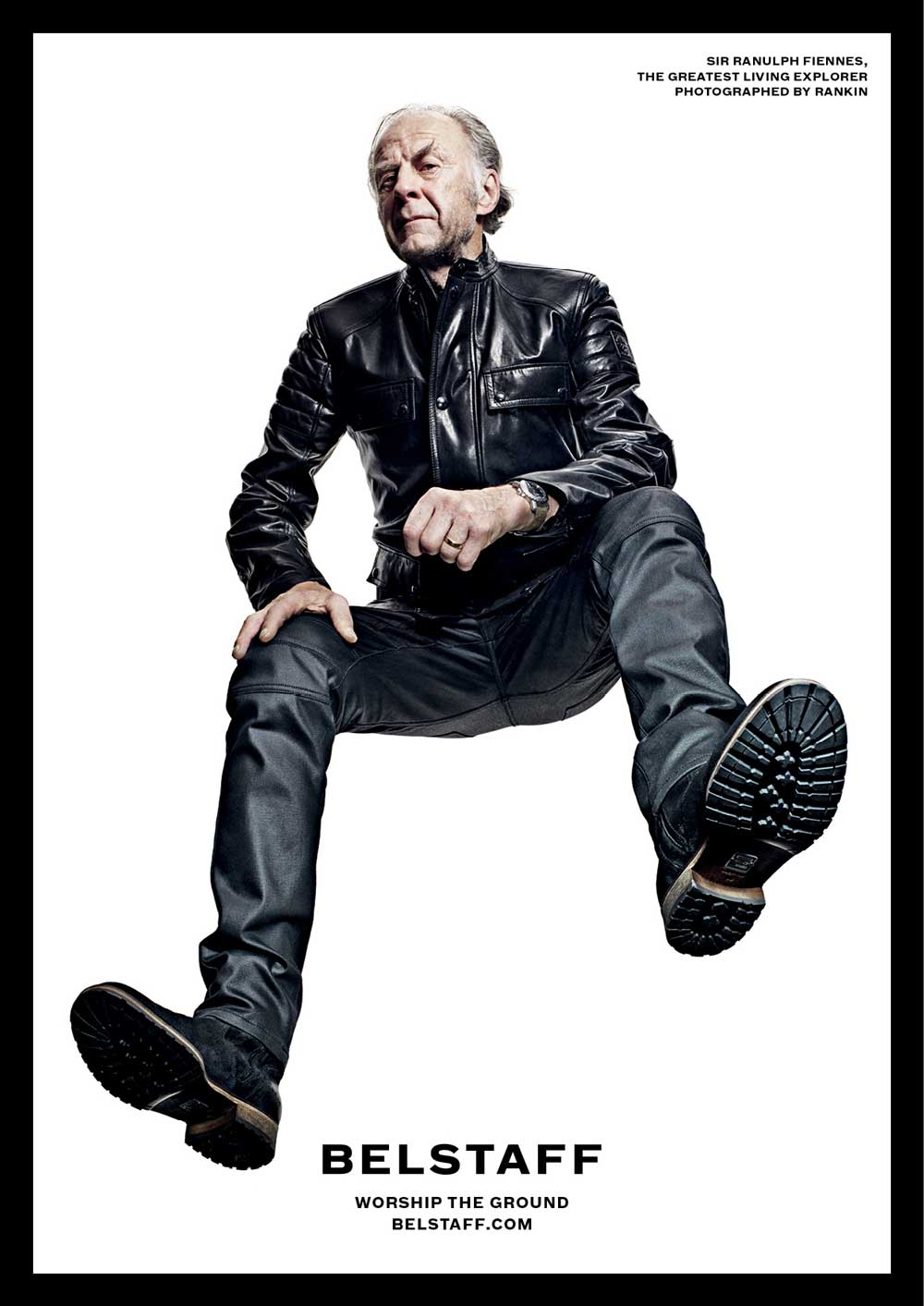 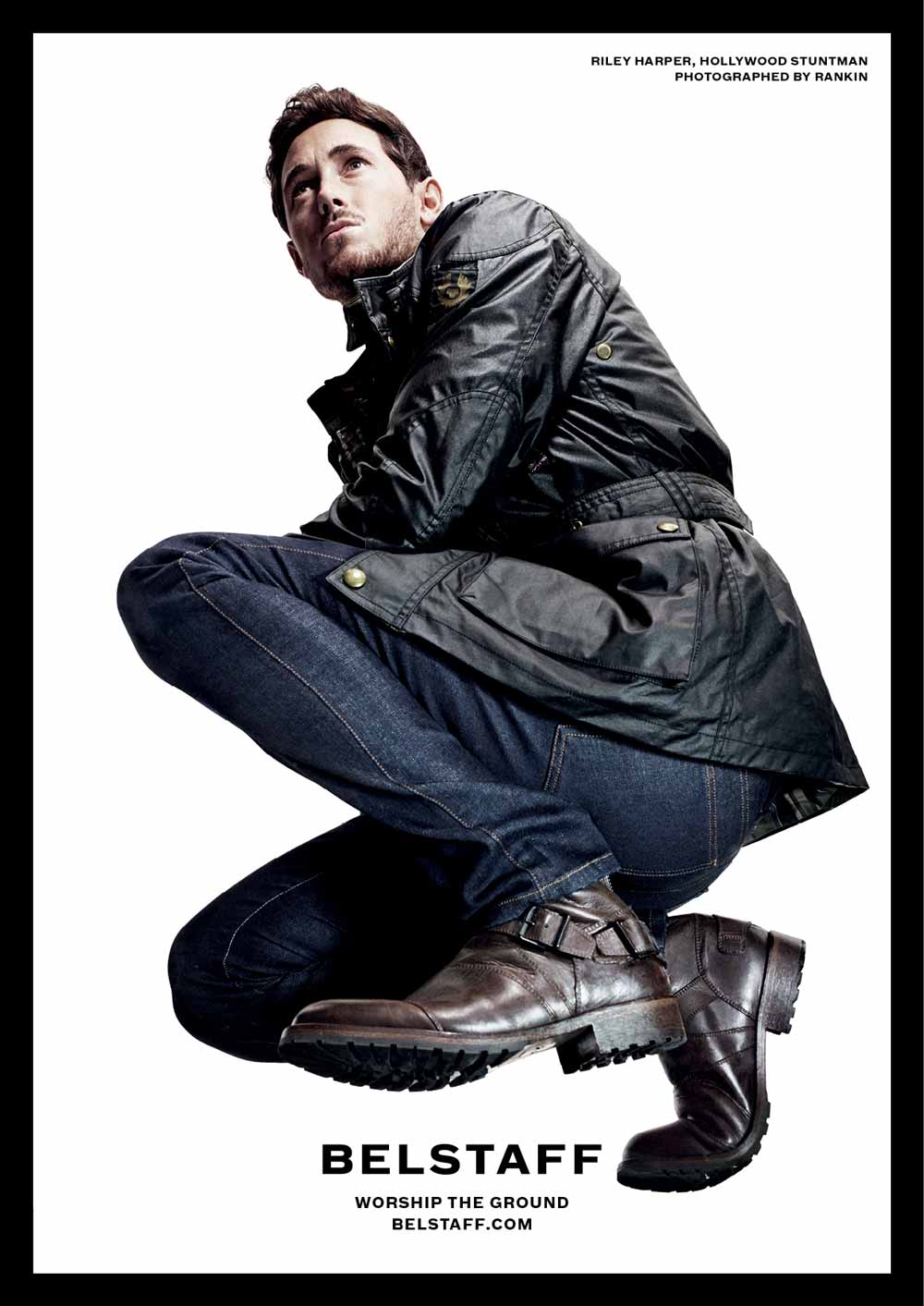 Harper is a renowned Hollywood stuntman who travels the world driving, riding motorcycles and taking hits as a stunt double for some of Hollywood's biggest stars.
An avid motorcycle and car enthusiast, Harper shares a love with Belstaff for all things with engines and wheels. 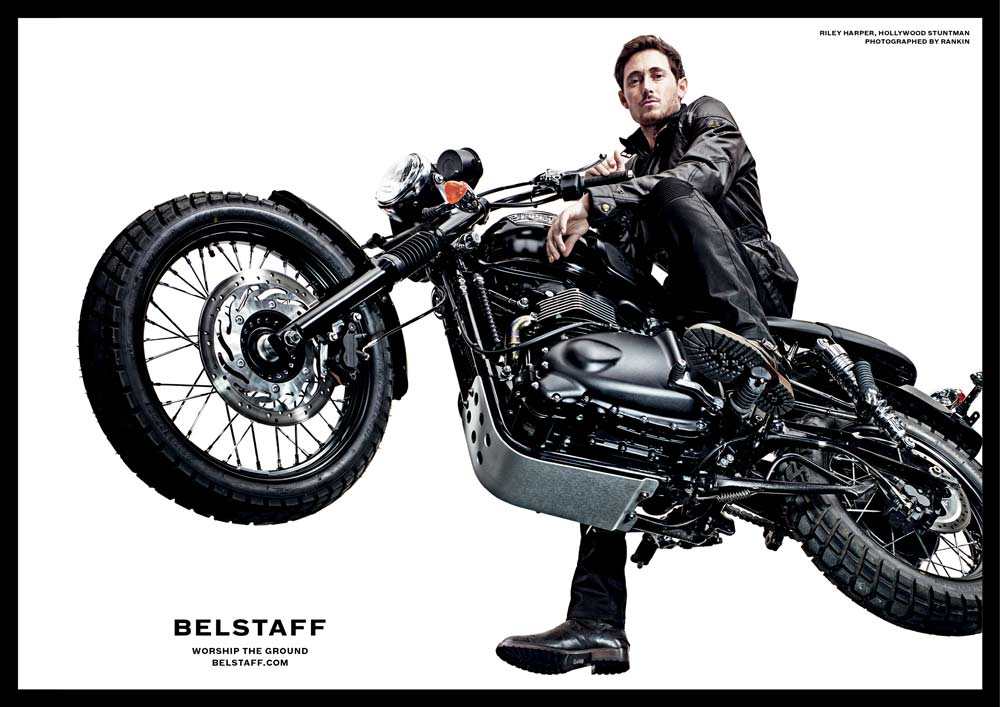 Rankin, the famed British portrait and fashion photographer shot the campaign, bringing together two powerful names in British culture, intersecting across adventure and fashion.
The campaign includes seven images. Three of Sir Ranulph and four of Harper.
Video content has also been produced with 90-second vertical and horizontal digital edits to be used across Instagram, Facebook and YouTube.
Six gifs have been produced for digital display ads, for Belstaff.com and partner sites.