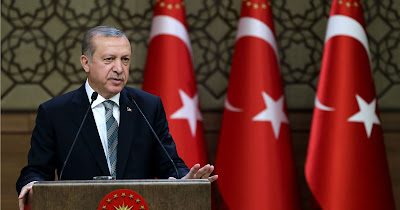 Recep Tayyip Erdoğan born 26 February 1954) is a Turkish politician who has been the 12th President of Turkey since 2014. He previously served as the Prime Minister of Turkey from 2003 to 2014 and as the Mayor of Istanbul from 1994 to 1998. He founded the Justice and Development Party (AKP) in 2001 and led it to three general election victories in 2002, 2007 and 2011 before standing down as leader upon his election as President in 2014. Originating from an Islamist political background and as a self-described conservative democrat, his administration has overseen social conservative and liberal economic policies. 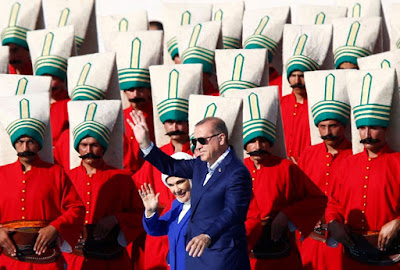 Erdoğan was a semi-professional footballer playing for Kasımpaşa Spor Kulübü before being elected as the Mayor of Istanbul from the Islamist Welfare Party in 1994. He was stripped and banned from office after being sentenced to 10 months in prison for inciting religious intolerance in 1998, after which he abandoned openly Islamist politics and established the moderate conservative AKP in 2001. The AKP won a landslide victory in the 2002 general election, with the party's co-founder Abdullah Gül becoming Prime Minister until his government annulled Erdoğan's ban from political office. Erdoğan subsequently became Prime Minister in March 2003 after winning a seat in a by-election held in Siirt. 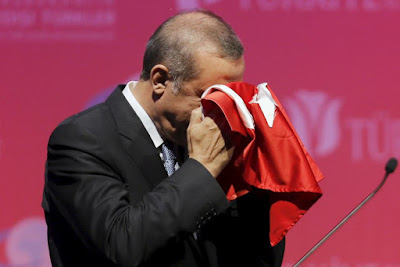 As part of his '2023 vision' for the centenary of the Turkish Republic, Erdoğan's government oversaw accession negotiations for Turkey's membership of the European Union, an economic recovery following a financial crash in 2001, two successful constitutional referendums in 2007 and 2010, a Solution process with Kurdish militants, an allegedly Neo-Ottoman foreign policy and investments in infrastructure that included new roads, airports and a high-speed train network. With the help of Fethullah Gülen's Cemaat Movement, Erdoğan was able to curb the political power of the military through the controversial Sledgehammer and Ergenekon court cases. In late 2012, his government began peace negotiations with the Kurdistan Workers Party (PKK) to end the ongoing PKK insurgency that began in 1978. The ceasefire broke down in 2015, leading to a renewed escalation in conflict. 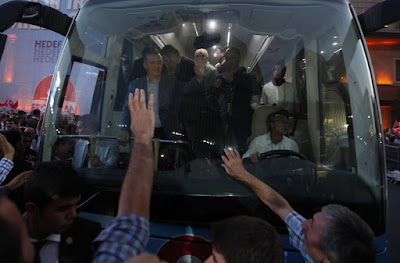 As President, Erdoğan has been a strong advocate of an executive presidency that would boost his own powers and has maintained an active influence over political affairs despite the symbolic nature of his office. In 2016, he was accused of forcing the resignation of Prime Minister Ahmet Davutoğlu due to his scepticism over the proposed presidential system, resulting in his replacement by close ally Binali Yıldırım. He has also come under fire for constructing Ak Saray, the world's largest palace on Atatürk Forest Farm and Zoo for his own use as President and has been repeatedly accused of breaching the constitutional terms of his office by not maintaining political neutrality. In 2015, amid consistent allegations that he maintained financial links with Islamic State of Iraq and the Levant militants, revelations that the state was supplying arms to militant groups in Syria in the 2014 National Intelligence Organisation lorry scandal led to accusations of high treason. Erdoğan's failed peace negotiations with Kurdish rebels and lax security policies against ISIL have been consistently blamed for the sharp rise in terrorist incidents in Turkey since 2015. Soon afterwards in press around the world appeared suggestions that coup d'état attempt was staged by Erdoğan to grasp more power in Turkey. 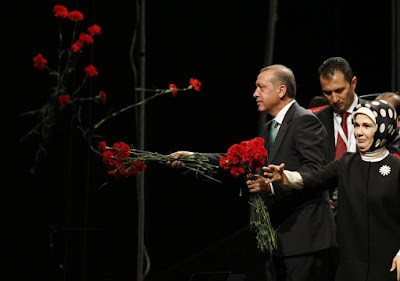 Nationwide protests against the perceived authoritarianism of Erdoğan's government began in May 2013, with the internationally criticised police crackdown resulting in 22 deaths and the stalling of EU membership negotiations. Following a split with long-time ally Fethullah Gülen, Erdoğan brought about large-scale judicial reforms that were criticised for threatening judicial independence. A US$100 billion government corruption scandal in 2013 led to the arrests of Erdoğan's close allies, with Erdoğan himself incriminated after a recording was released on social media. Erdoğan's government has since come under fire for electoral fraud, demeaning the Constitution, alleged human rights violations and crackdown on press and social media, having blocked access to Twitter, Facebook and YouTube on numerous occasions.  Opposition journalists and politicians have thus branded him a "dictator". 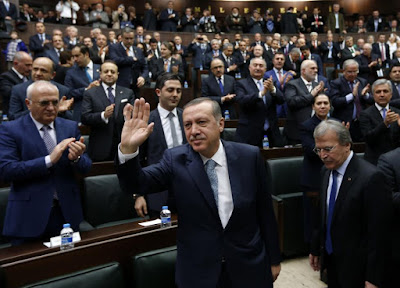 Early political career
While studying business administration and playing semi-professional football, Erdoğan engaged in politics by joining the National Turkish Student Union, an anti-communist action group. In 1974, he wrote, directed and played the lead role in the play Maskomya, which presented Freemasonry, Communism and Judaism as evil. In 1976, he became the head of the Beyoğlu youth branch of the Islamist National Salvation Party (MSP),  and was later promoted to chair of the Istanbul youth branch of the party. After the 1980 military coup, Erdoğan followed most of Necmettin Erbakan's followers into the Islamist Welfare Party. He became the party's Beyoğlu district chair in 1984, and in 1985 he became the chair of the Istanbul city branch. He was elected to parliament in 1991, but barred from taking his seat. 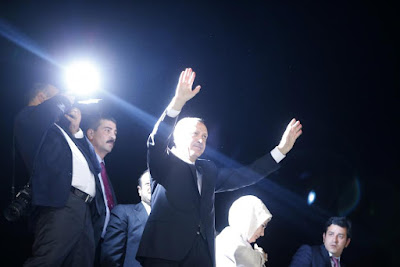 Mayor of Istanbul (1994–98)
In the local elections of 27 March 1994, Erdoğan was elected Mayor of Istanbul, with a plurality (25.19%) of the popular vote. Many feared that he would impose Islamic law; however, he was pragmatic in office, tackling chronic problems in Istanbul including water shortage, pollution and traffic chaos. The water shortage problem was solved with the laying of hundreds of kilometers of new pipelines. The garbage problem was solved with the establishment of state-of-the-art recycling facilities. While Erdoğan was in office, air pollution was reduced through a plan developed to switch to natural gas. He changed the public buses to environmentally friendly ones. The city's traffic and transportation jams were reduced with more than fifty bridges, viaducts, and highways built. He took precautions to prevent corruption, using measures to ensure that municipal funds were used prudently. He paid back a major portion of Istanbul Metropolitan Municipality's two billion dollar debt and invested four billion dollars in the city. Erdoğan initiated the first roundtable of mayors during the Istanbul conference, which led to a global, organized movement of mayors. A seven-member international jury from the United Nations unanimously awarded Erdoğan the UN-HABITAT award. 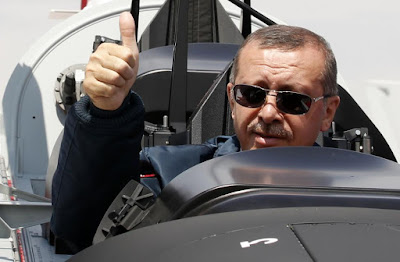 Imprisonment
In 1998, the fundamentalist Welfare Party was declared unconstitutional on the grounds of threatening the secularism of Turkey and was shut down by the Turkish constitutional court. Erdoğan became a prominent speaker at demonstrations held by his party colleagues. In December 1997, Erdoğan recited a poem in Siirt from a work written by Ziya Gökalp, a pan-Turkish activist of the early 20th century.  His recitation included verses translated as "The mosques are our barracks, the domes our helmets, the minarets our bayonets and the faithful our soldiers...."  which are not in the original version of the poem. Erdoğan said the poem had been approved by the education ministry to be published in textbooks. Under article 312/2 of the Turkish penal code his recitation was regarded as an incitement to violence and religious or racial hatred. He was given a ten-month prison sentence of which he served four months, from 24 March 1999 to 27 July 1999. Due to his conviction, Erdoğan was forced to give up his mayoral position. The conviction also stipulated a political ban, which prevented him from participating in parliamentary elections. 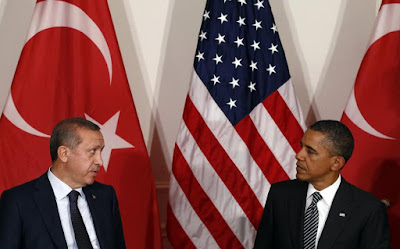 Prime Minister (2003–14)
In 2001, Erdoğan established the Justice and Development Party (AKP). The AKP won a landslide victory in the 2002 election, taking nearly two-thirds of the seats. Erdoğan could not become Prime Minister as he was still banned from politics by the judiciary for his speech in Siirt. Gül became the Prime Minister instead. In December 2002, the Supreme Election Board canceled the general election results from Siirt due to voting irregularities and scheduled a new election for 9 February 2003. By this time, party leader Erdoğan was able to run for parliament due to a legal change made possible by the opposition Republican People's Party. The AKP duly listed Erdoğan as a candidate for the rescheduled election, which he won, becoming Prime Minister after Gül handed over the post. 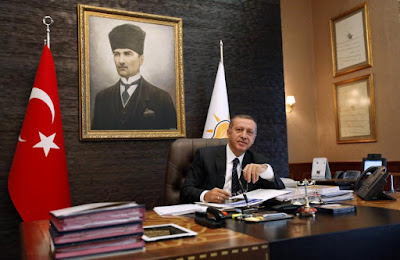 Economy
In 2002, Erdoğan inherited a Turkish economy that was beginning to recover from a recession as a result of reforms implemented by Kemal Dervis.  Erdoğan supported Finance Minister Ali Babacan in enforcing macro-economic policies. Erdoğan tried to attract more foreign investors to Turkey and lifted many government regulations. The cash-flow into the Turkish economy between 2002 and 2012 caused a growth of 64% in real GDP and a 43% increase in GDP per capita; considerably higher numbers were commonly advertised but these did not account for the inflation of the US dollar between 2002 and 2012. The average annual growth in GDP per capita was 3.6%. The growth in real GDP between 2002 and 2012 was higher than the values from developed countries, but was close to average when developing countries are also taken into account. The ranking of the Turkish economy in terms of GDP moved slightly from 17 to 16 during this decade. A major consequence of the policies between 2002 and 2012 was the widening of the current account deficit from 600 million USD to 48 billion USD. 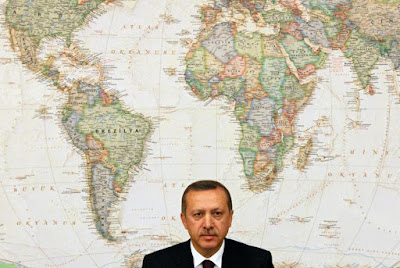 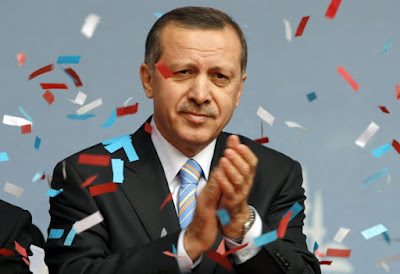 The Queens of Pop: In The Mix
Telegram Marketing solutions
How to Build an EV Charging Station F…
Quick And Proven Ways To Make Money O…
SALVADOR DALI AND RELIGION