Does Tattoo have Potential to give you Cancer?

Tags: tattoo
October 8th 2013
View original
The craze of tattoos has gone widespread with a pace faster than any other viral things like “Gangnam Style” or “twerking”. Not only the teens but elder people are also getting tattoos lately. Recently Darlene Nash, a 57 yrs old granny, just revealed that she got her first Tattoo after completing 50 years of her life.
However I don't think that one will be going to risk his life to chase his passion. So it is necessary to know whether the rumor that tattoo causes cancer is true or not. A recent research did by British scientists claimed that there are some nano particles in tattoo pigment which transfuse into the body from ink. The main hazardous components are carcinogenic compounds. 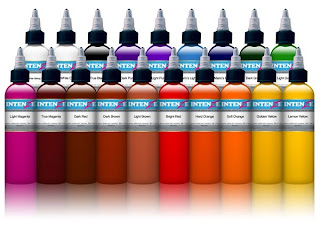 According to tattoo ink manufacturers there are 5 percent of tattoo parlors which are using tattoo inks with carcinogenic compounds. Manufacturers are running campaign on their own to reduce this percentage to zero. However the regulating bodies must take some strict measures and banned the use of carcinogenic compounds in ink manufacturing process, so that one must get a tattoo with zero risk of cancer.
People should be given more information about the products in written and regulating bodies must issue certificates which ensure people that it is safe to being tattooed by this particular type or brand of ink. Additionally one should go for ink allergy test before going for a tattoo to make sure his skin is non-allergic to the tattoo ink.

Fans Gets Tattoo Of Will Smith Slappi…
Edinburgh Castle: Historical Stories …
Back Hair Removal – Should You Do It …
Snowpiercer Season 2 Episode 4 Recap:…
‘The Girl With the Dragon Tattoo’ Wil…


This post first appeared on Tattoo Trends ( A Tattoo Blog ), please read the originial post: here
People also like
Fans Gets Tattoo Of Will Smith Slapping Chris Rock! @WillSmith @ChrisRock
Edinburgh Castle: Historical Stories and Folklore
Back Hair Removal – Should You Do It Plus All the Options
Snowpiercer Season 2 Episode 4 Recap: ‘A Single Trade’
‘The Girl With the Dragon Tattoo’ Will Be Made Into A Standalone Series
Support Your Local Businesses
Need a New Business Idea? Dissecting the Old Ones Just Might Be the Key
2019’s Best Craft Beer Artwork
Maiden and Crow Tattoo Grand-Opening in Roanoke
Leon Lee – Stress ft. Tattoo GoodShxt
Story Rugs
Week in Review: Baby Fish, Kids Hands On Museum, Chocolate Cookies and Sprinkles and Wishes

Does Tattoo have Potential to give you Cancer?