First there is Elastic Demand, i.e. where demand decreases with an increase in price and increases with a decrease in price. This is the only demand curve right wing "economists" seem to be aware of. This type of demand can be analyzed thusly;

This sort of demand usually exists for brand knocks offs that sell at cheaper prices such as equate or great value products. If Wallmart increases price they competitor brand which they are copying will begin to look better. So wall mart has an electric demand (like the image below) where they can increase price by a little but if they did by alot their demand would fall to 0 as consumers switch back to the original brand name products. However, at their cheap price Wall mart can sell a ton of stuff as demand is very high.

On the opposite side there is INELASTIC demand, i.e. when they demand stays pretty much the same no matter how much you increase the price (though rationing may occur). These types of products would be cigarettes, water, electricity and other such essentials (or habit based products).

So, for certain products the demand will basically remained unchanged.

The commonly known demand curve is this one;

Types of Supply Illustrated
(screenshots from Investopedia)
An increase in price will cause a supplier to supply more of a product, at least over time if production capacity is maxed out (i.e. they would be time involved in getting more machinery or opening more offices to increase supply);

Then there is a supply type that does NOT respond to an increase in price. Labor falls into this category. A large increase or decrease in price would not change labor supply

In addition to this the demand for jobs will ALSO be relatively inelastic as people need to support their families (very few people can actually leave the workforce JUST because the wages or low. Also an increase in wages by a small amount in another region doesn't make labor pick up and move i.e. they tend to stay in their geographic region further illustrating how inelastic supply of labor reall is).

OK. So now we know that, proving we don't make it easy to send jobs abroad, there is an inelastic supply of labor with a relatively inelastic demand for jobs (as they need to survive). So although blue collar workers aren't technically slaves (lack of choice in jobs with lack of availability o leave is what the low wages of nothing profitable for companies of that time) they have very limited choice in what they can do about work no matter what the minimum going rate for labor is.


Now we look at the other piece of evidence, i.e. something called the multiplier effect;
Good Examples From Wikipedia:For example: a company spends $1 million to build a factory. The money does not disappear, but rather becomes wages to builders, revenue to suppliers etc. The builders will have higher disposable income as a result, so consumption, hence aggregate demand (there will be MORE demand to BUY stuff thus increasing sales, taxes from sales, and the ability to open more businesses) will rise as well. Suppose further all of the recipients of new factory spending in turn spend it.The increase in the gross domestic product is the sum of the increases in net income of everyone affected. If the builder receives $1 million and pays out $800,000 to sub contractors, he has a net income of $200,000 and a corresponding increase in disposable income (the amount remaining after taxes).

Rise of Giza PowerNudge Slot (Pragmat…
Homemade No Churn Raspberry Ice Cream
That $80 may be spent several times, but eventually, someone puts it in another bank. This bank keeps 20%, or $16, and lends out $64. This cycle repeats several times. After all the depositing and lending, Mr. Gates’ $100 could become several hundred dollars in deposits. 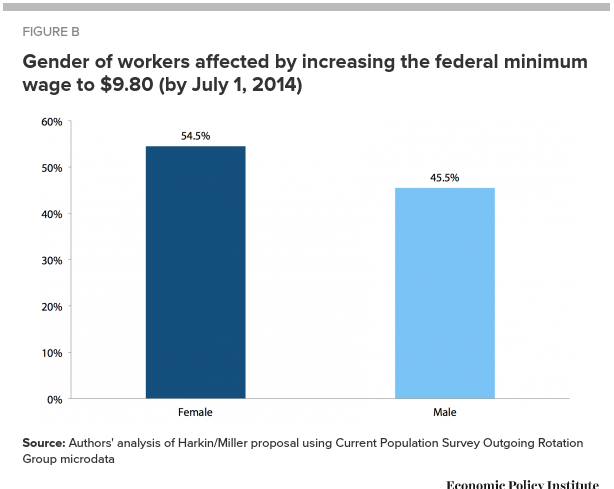 We know from EVIDENCE (a very important thing in any science especially a social science like Economics) AND THEORY that an increase in Minimum wage boosts an economy because of the multiplier effect, thus creating more sales of consumer goods and making more businesses and thus jobs possible.

A collection of pieces of evidence showing increasing minimum wage helps the economy;

Job growth seen in states that raised minimum wage - Sen. Bernie Sanders, I-Vt., joins to discuss a new study indicating that the 13 states who raised minimum wage saw better job growth than the states who didn’t.
The problem we have appears to be one of Class Warfare. Mostly, its the GOP/Fox that are committed to this type of warfare to a ridiculous extreme;

This is a copy and paste of an old post on this topic which seems to round off my argument pretty well;

The Arguments Against The Minimum Wage Debunked Using The Daily Show

Some weird arguments against raising the minimum wage...

THE DAILY SHOW: Slumdogs vs. Millionaires - Moral Hazard - The
conservative media lauds the end of unemployment insurance fraud, which is
totally different from Wall Street fraud.  (04:59):
The Daily Show
Get More: Daily Show Full Episodes,Indecision Political Humor,The Daily Show on Facebook
Objections from Fox News range from the silly to the ridiculous;

1. 'Do you think someone out of high school deserves a higher wage'
Fox News Anchor - Answer should be: It's irrelevant because inflation
makes modern wages obsolete and outdated.
2. 'Why stop an 15$ as hour? Why not raise the wages to a hundred thousand
dollars an hour' Fox News Opinion Guest - Answer should be: The wages should
be raised according to the depreciation of the value of currency which means minimum
wage should be at approx $23.
3. Unconscionable: Despite a reasonable economic solution to the problem of having welfare
paying just enough to survive and minimum wage paying just enough to survive (i.e. Solution:
Raise the wage to $21-23, so the money multiplier effect can get to work and provide
a boost to the economy using it's workers... while providing us with the kinda

wages we made in 1913). Fox News anchors only solution seems to be to make the

living conditions of US Citizens worse in every way possible!

they were bailed out with...

From The Guardian: When this financial crisis began nearly four years ago the story
seemed simple. The banks were broke and they told our leaders that unless the
taxpayers bailed them out and took their private debts on to the public account,
then the world would end. Our politicians believed them. We took on huge debts
and bailed out the banks. Right or wrong, at least the story seemed straightforward:
they owed us huge sums of money. Then as the crisis continued, a new group
most of us had never heard of appeared – the bond holders. It turned out the
banks owed huge sums to the bond holders too, and so did we. The story of
who owed whom began to change.

Gradually the story became less about the banks owing us money and more
about owing the bond holders.

It seems to me that our governments and their financial advisers from the
banks have a double standard when it comes to debt and its repayment; one
which greatly benefits the financial world and punishes the taxpayer.

On the one hand, the debts of private banks and those who own that debt,
the bond holders, are being protected from any losses by the publicly funded
bailouts. Public debt, on the other hand, at the insistence of the same banks
and bond holders we have bailed out, is being paid down at breakneck
speed, no matter what the cost in unemployment and the destruction of social
services.

As it is when central banks pursue a "Quantitative Easing" policy

they are using supply side economics i.e. it favors the already rich and

wage earner). Here is a study on that;

From The Guardian: "Real wages and salaries have fallen by £4bn. Profits
are up by £11bn. The spoils of the recovery have been shared in the most
unequal of ways."

Joshi adds that this also helps to explain why sales of high-end luxury
goods have continued to soar, while many consumers have been forced to
tighten their belts. 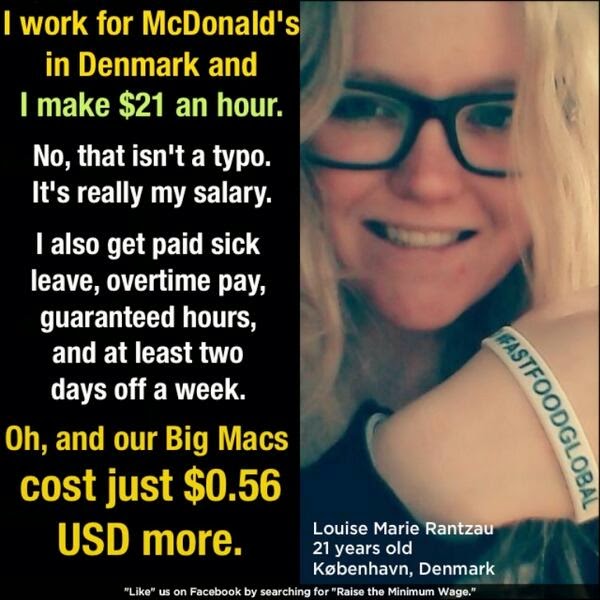 If it works in another country then it can work here.
This is called looking for evidence of a theory working effectively in real life situations.

Note On The GOP Conflict Of Interest Role in this

Here is an example of a franchise owners "thin" profit making

which must be helped by opposing minimum wage laws for your

business despite it's working effectively in other first world countries;... 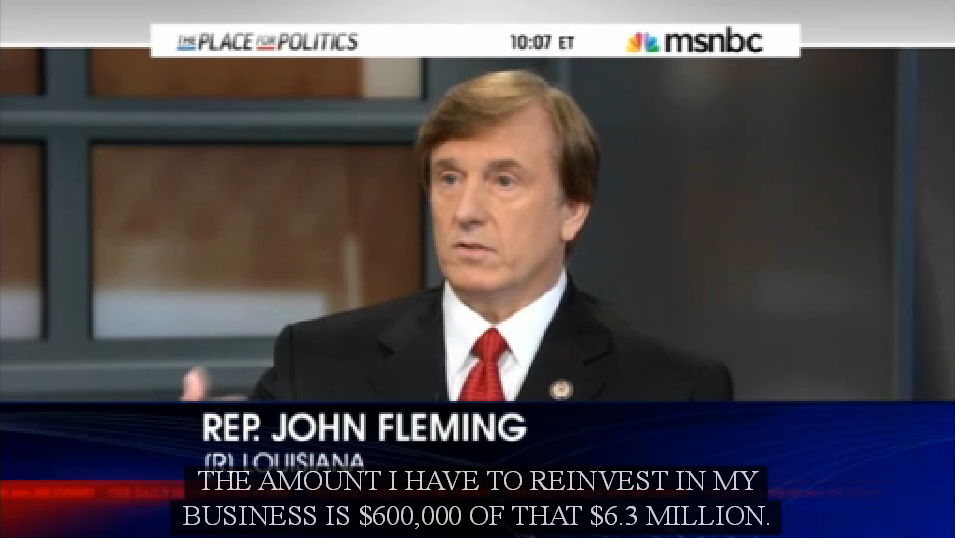 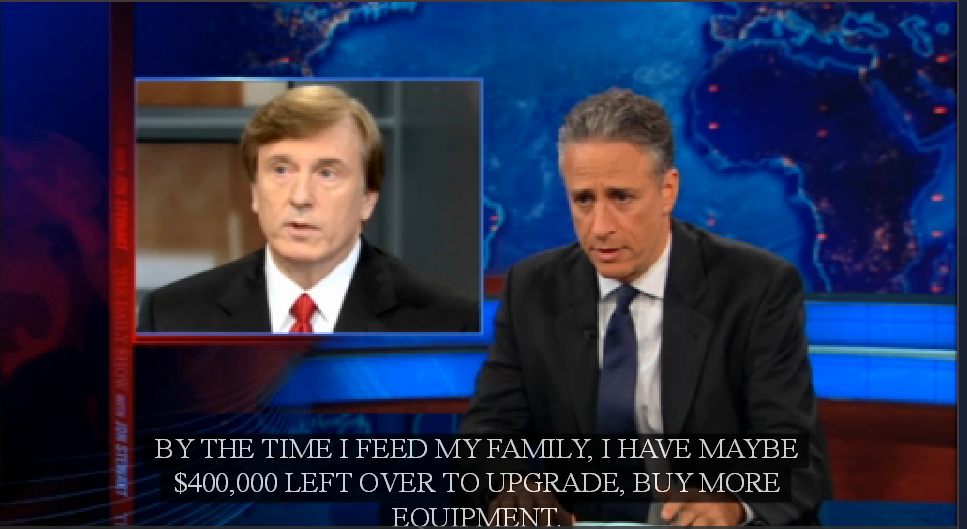