So, Who Do You Want? The "She-Wolf Of Wall Street" (Trevor Noah) Who Destabilized Two More Countries To Add To The Terrorist Havens The GOP Set Up In Iraq & Afghanistan OR A Third Option?

We know Bush destabilized Iraq increasing terrorism by 600% by 2007  (by creating conditions for terrorists to prosper) AND Bush/Cheney created the vacuum needed for ISIS to emerge in the first place. To their list of terrorist havens Obama & Hillary added Libya and Yemen. Now we have four destabilized countries where terrorists can prosper by finding recruits pissed at a VERY visible enemy with a VERY visible track record ... while being surrounded by poverty and death (making violence an obvious answer for many humans, i.e. it's human nature and not a brown-white thing as the media seems to portray it as).

Here I would like to point out a couple of things... in particular that even comedians (Trevor Noah) sees Hillary as a "Wolf of Wall Street", meaning she has no scruples on gaining power and sharing the taxpayers wealth and future wealth with her supporters (the big money givers. not the parrots pushing her talking points).

HILLARY CLINTON AND DONALD TRUMP REACT TO THE ORLANDO SHOOTING - JUNE 14, 2016 - MICHELANGELO SIGNORILE AND EDDIE HUANG06/14/2016 Donald Trump implies that President Obama is a secret agent for ISIS, and Hillary Clinton pledges to use technology to fight the terrorist group if she's elected president. (8:43) 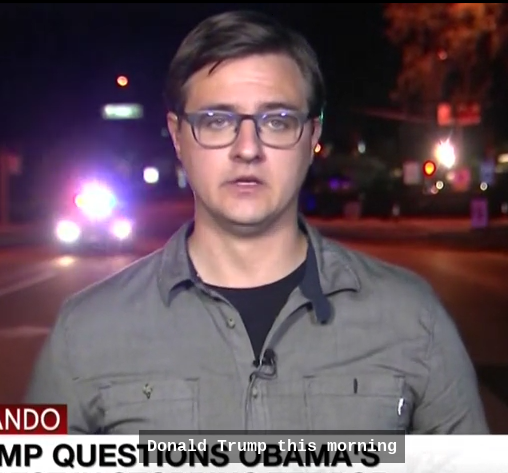 In a sense Trump is right. Obama pardoned Cheney for torture and what is a mass shooting but another form of torture. But we don't even have to go that far. Obama killed an American abroad cause he was spouting "terrorist rhetoric" & cause he was brown. Why do I say that? Well, we have a home grown terrorist organization in the GOP & Fox News and Obama has done nothing. Here are some of the proofs I have gathered together on this blog;

Best Home Sauna To Stay Warm All Wint…
Discover the Magic of Venice in Novem…
Are there Differences between Real an…
Building a Talent Pool in a Tight Mar…
Mental Slot Review and Playtest (NoLi…
What Obama stands for, when it comes to terrorism, can be expressed by this collection of posts;
America's Double Standard On Terrorism 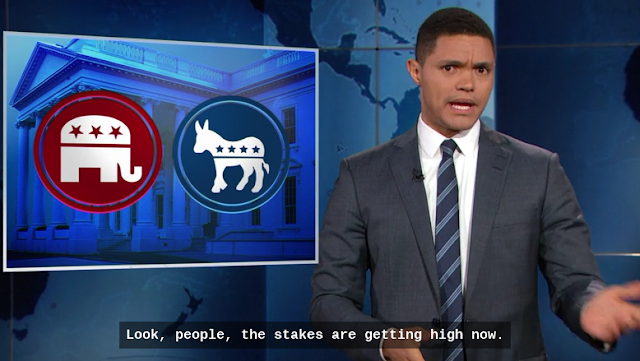 Are choices thus far are; 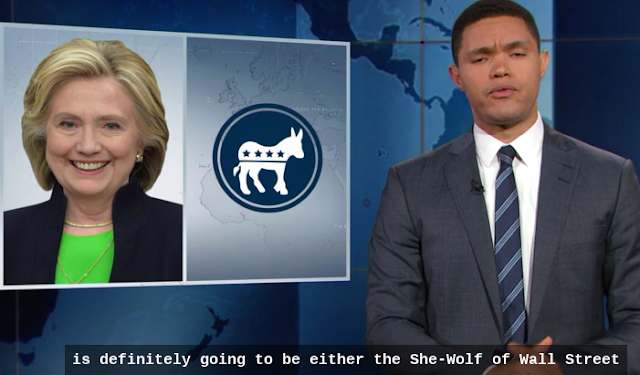 Trailer of The Wolf Of Wall Street; 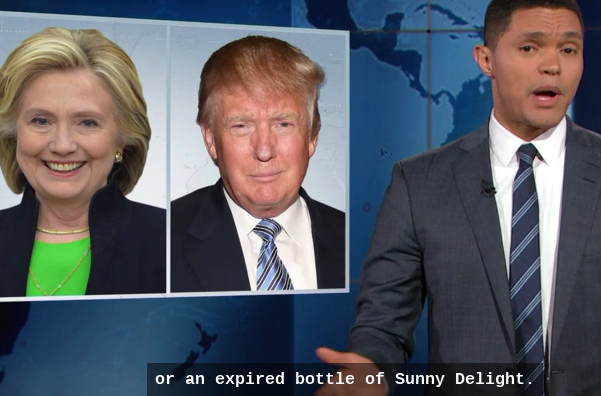 So, Who Do You Want? The "She-Wolf Of Wall Street" (Trevor Noah) Who Destabilized Two More Countries To Add To The Terrorist Havens The GOP Set Up In Iraq & Afghanistan OR A Third Option?