Trevor Noah Messes Up On The Importance Of A Few Mistaken Numbers By Bernie Sanders. What Matters Is The DIRECTION Bernie Sanders Is Taking.

Background: Susan Sarandon Smashes Hillary Clinton On The Nightly Show OR A Look At Bernie Sanders Political Talking Points
Trevor Noah is having trouble dealing with the media's information dissemination tactics. I assume the media knows what it is doing and take it from there.

BERNIE SANDERS STAYS IN THE RACEMAY 5, 2016 - Trevor attempts to address a few problematic issues with Bernie Sanders's policies without making waves with the Democratic presidential candidate's supporters. (7:14)
Here is one of the mistaken criticisms Trevor Noah leveled at the God Father; 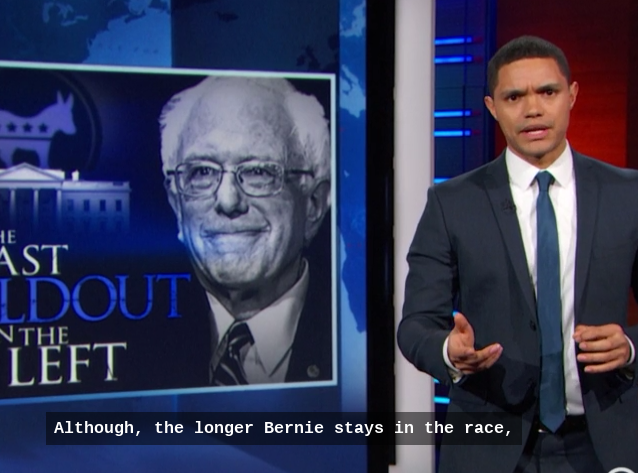 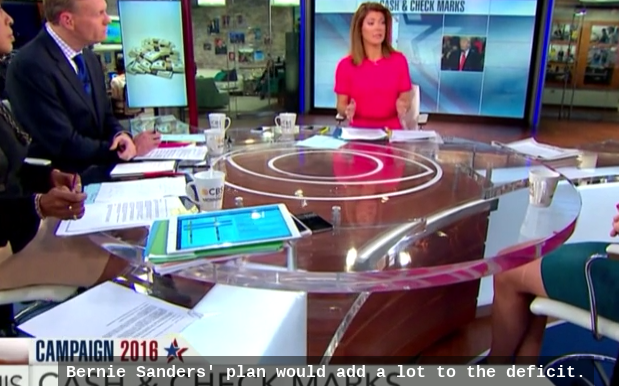 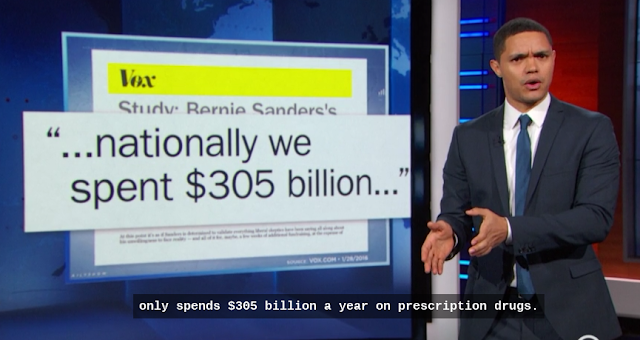 Well, I can offer many reasonable explanations for this...

1st: Bernie Sanders has so many policies that he sometimes messes up the numbers. For example with the Israel incident with the Daily News during the New York part of her campaign... Bernie messed up the numbers BUT the context of what he was saying was correct. Here are the explanations;

Article: Ignore the smears: Bernie Sanders is right about Israel’s heinous atrocities in Gaza — he just got the numbers wrong Israeli soldiers admitted they shot Palestinians out of boredom, but Bernie is slammed for trying to tell the truth


2nd: The media isn't very good with context for facts. The only way we could ever be sure they are telling the truth, the whole truth, we would have to use lie detectors on the script writers. The bias in reporting towards Bernie Sanders - irrespective of any REAL policy criticism - has been constant. Maybe he'll save $30 billion or $300 million... either way the DIRECTION of his policies is to reduce healthcare costs. Here is a screenshot from The BBC to illustrate that point: 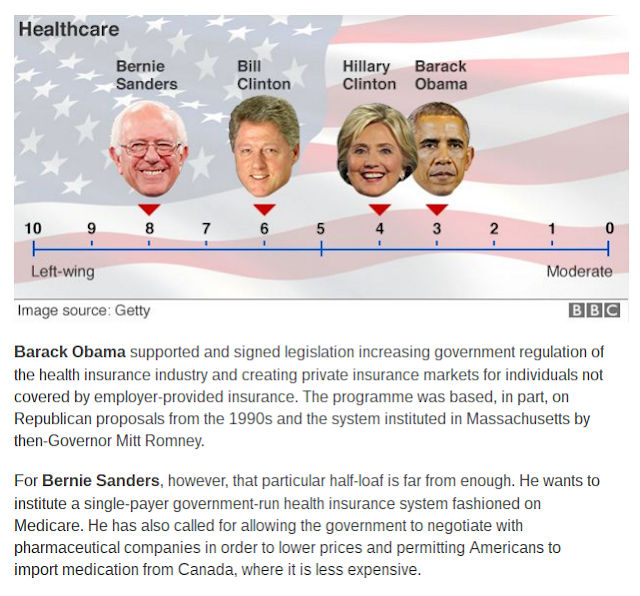 Notice at the end of the image Bernie Sanders wants to get cheaper medicine from Canada, i.e. he wants to negotiate lower prices FOR THE CONSUMER (could getting medicine from Canada, without the price gouging off medicine for the ill here, be what reduces Bernie Sander's costs on healthcare?). Obama's Administration dropped the public option so the Government wouldn't compete with the Big Pharmaceutical companies and made very expensive - and profitable - plans for EVERYONE except the taxpayer. For the taxpayer there are winners and losers. Where loses bear the health-costs of the winners. For the corporations there are no losers, only winners. The fact that the person who wrote "Obamacare" then moved to a big pharma company illustrates this fact. Remember how America works when it comes to policy, i.e. they pass something crappy that benefits their future employers and the people are satisfied with scraps because they had nothing before. Smart corruption.

Former Presidents Bush, Carter, Obama…
OPINION - Shields and Brooks 9/6/2019
How Text Messages Lead to Votes
Would a DMARC reject record have prev…
Trump Wins The Election – Thoughts on…
Notice the DIRECTION Bernie Sanders has taken, i.e. a good one that benefits ALL American citizens for once and not just the rich always coming out on top. So he messes up the numbers, sometimes. That's like Obama saying there are 57 States. It's not a deal killer.

On top of all of that the big pharmaceuticals cause mental problems in the population. Taxpayer in America really are Big Pharma's b*tch.

How Can Psychiatrists Be Allowed To Prescribe A Physical Substance For A Mental Disease That Has No Biological Source?

How Text Messages Lead to Votes

Would a DMARC reject record have prevented Donald Trump from getting elected?

Trump Wins The Election – Thoughts on What Happens Now

Trevor Noah Messes Up On The Importance Of A Few Mistaken Numbers By Bernie Sanders. What Matters Is The DIRECTION Bernie Sanders Is Taking.