When Hillary Clinton Lies She Is Full Of Smiles & Joy. This Is What She Looks Like When She Lies...

This is what Hillary looks like when she lies (confident, coy, an "I got you" attitude, having fun, joy), i.e. she enjoys lying; 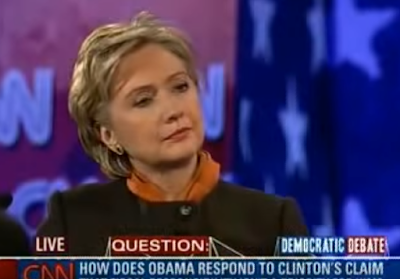 The following video & facts illustrates this...
Obama also pointed out that she lies & ACTS like a GOP Establishment Republican, which is why I like to compare her to Mitt Romney;

Some people may say that Obama and Hillary are now friends but it ignores the fact that Obama nominates Republicans to cabinet positions and Republicans is a party of documented liars that is so big that one really can't say that Obama has been compromised (seeking a balance between truth and lies that shouldn't exist in the first place as there should be laws?). The fact that Obama DIDN'T indict Cheney (for war crimes... something which Germany is discussing instead of us) and that another lying opponent (Hillary Clinton) was Sec. of State at the time, can't be a coincidence.

When Hillary Clinton Lies She Is Full Of Smiles & Joy. This Is What She Looks Like When She Lies...