Of Course Bill Clinton Meant Obama When He Said The 'Awful Legacy Of The Last 8 Years'. Hillary Clinton Is LYING For Her Husband Bill.

CNN: Hillary Clinton appeared on "Jimmy Kimmel Live!" and said Bill Clinton was "obviously" not knocking President Obama when he spoke about the "awful legacy" of the past eight years.

Bill Clinton says 'we can finally leave the awful legacy of the last 8 years behind us'... Hillary says, 'Obviously it wasn't about Obama'... yeah right. I call liar and crisis management situation. Why is Bill telling the truth about how the Clinton's think? Because he believes they are getting back the White House for his third term and her first.
Video Clips:

CNN VIDEO: Bill Clinton describes Obama's term as an 'awful legacy'
Bill Clinton was stumping for Hillary Clinton in Spokane Washington, when he said that we should "put the awful legacy of the past eight years behind us." CNN affiliate KXLY has more.

CNN VIDEO: Bill Clinton: Hillary can 'put the awful legacy of the last eight years behind us' (at 50 seconds Bill mentions that Bush was practicing trickle down economics in Washington with no regulations... regulations which he prided himself on removing and argued for it. Just another example of the Clinton's distorting the truth while claiming to be Democrats.)

Why Are CBD Capsules Trending in the …
The Edward de Vere Society (EdVS)
“The Friend Who May Not Seem a Friend…
Self Motivation: How to Keep Moving F…
50-hectare hybrid rice model farm to … 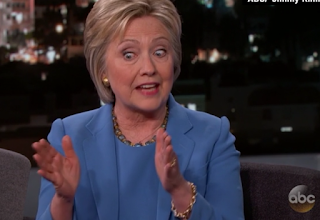 I'll tell you what Bill Clinton meant by 'awful legacy of the last 8 years' no matter what he tries to say to cover it up (out of context):

1. "Awful Obama" did not give as much of America away as the Clinton's wanted in the TPP (he softened it but, since he bows to the Establishment, he didn't abolish it). They created NAFTA & the TPP is an offshoot of the Clinton's brilliant idea to sell the country to the rich. Hillary voted for it 45 times. No matter what she says she IS a known liar and if OBAMA will help the TPP one can only imagine the horrors we would witness under another Clinton Presidency.

2. Clinton's are well known for turning the whole country right to win the elections in 1996. They passed a crime bill to get colored people off the streets in a bill with known flaws using a strategy KNOWN to be a persecution policy towards black people. Obama didn't expand the crime bill and push money towards the private prison industry (from which the GOP & The Clinton's have benefited; The Clinton's benefited till this election made them lie again - notice yet another cover up). In fact, Obama actually started dismantling some of the prison complex. That must make the Clinton's very mad. That was Bill Clinton's legacy, no wonder he sees the last 8 years as awful.

3. There is more but people can handle only so much information at once when they are emotionally involved in a candidate. The way a Ted Cruz supported can't see how much of a liar he is, the Hillary Clinton supporter can't see her flaws or thinks anyone is better than Trump... which was exactly Mitt Romney's entire strategy in 2012 against Obama. Yet another correlation between the Clinton's and the GOP, i.e. Hillary Clinton is the Mitt Romney candidate of 2016!

But you might answer, what if she's telling the truth for once?

Sure, Bill Clinton was talking about the 'awful legacy of the GOP' whom he didn't mention. Fine. Then what is BillHilalry going to do about it in their third term?

How are they going to handle the GOP? The answer That is the only question, that if answered by the Clinton, that can remove any doubt about thier intentions... or add to it. I think they are going to pass GOP bills (like they did to win Bills 2nd term) and call it 'cooperation' and 'look how much better this is with everyone happy (in Washington, i.e. the insiders)'. For all we know the Clinton's are behind the GOP's Obstructionism anyways and all they have to do is say "stop... we got back the White House, everyone can be calm now... so what GOP bill would you like us to pass?"

I would love to hear what thier plan is to deal with the GOP. Here is a suggestion, indict them. It's not like you don't have enough proof... (or would that tactic trap the Clinton's as well making it impossible for them to support?);

More about the Clintons

This post first appeared on Culture & Society, please read the originial post: here
People also like
Why Are CBD Capsules Trending in the USA?
The Edward de Vere Society (EdVS)
“The Friend Who May Not Seem a Friend”: The Cat and the Fire, Part 1 of 3
Self Motivation: How to Keep Moving Forward In Your Career or Business
50-hectare hybrid rice model farm to be put up to help rehabilitate Marawi City
Going Bark: A Furry’s Guide to End-to-End Encryption
It’s Me – Chapter 4
Anti-Crypto Law hinders Indian Police in the Cashing Out Cryptocurrency
Book Blast: Dragon’s Revenge by C.J. Shane
Long Island Sounds March 2019
Top 10 Fastest Planes in the World

Of Course Bill Clinton Meant Obama When He Said The 'Awful Legacy Of The Last 8 Years'. Hillary Clinton Is LYING For Her Husband Bill.