Exposing Glenn Beck's Deceptions 2: Brussels (Belgium) Is EXACTLY The Kind Of Attack That Glenn Beck Wants ... "So We Can Get Our Act Together"... With These Kind Of Friends, Who Needs Enemies? (Caught By Jon Stewart)

What happened in Brussels, Belgium is exactly what GOP/Fox-News/Glenn-Beck crave to further their agenda of war mongering. I think they aren't being as bold about it on TV anymore but hey, they certainly have been. Here is a sample of what Glenn Beck has gotten away with, time and time again.
Watch Glenn Beck Agree with a CIA Guy That 'Osama Bin Laden Needs To Attack America For Our Unity'... i.e. he believes terrorism helps the country and wants terrorism so he can unite the country behind him in fear.

At 1:13 the CIA analyst Micheal Scheuer "The only chance we have as a country right now is for Osama Bin Laden to deploy & detonate a major weapon in the United States. Only Osama {he says with a laugh & smile} can execute an attack which will force Americans to demand thier Government protect them effectively, consistently and with as much violence as necessary." (i.e. irrespective of innocent causalities... EXACTLY like a Kissinger foreign policy belief!) 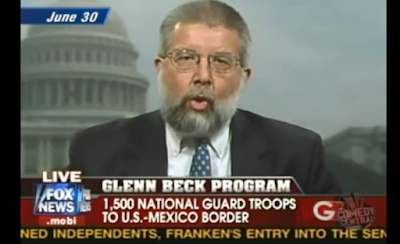 Glenn Beck replies: "Which is why I was thinking this weekend that if I were him that would be the last thing I would be doing right now." 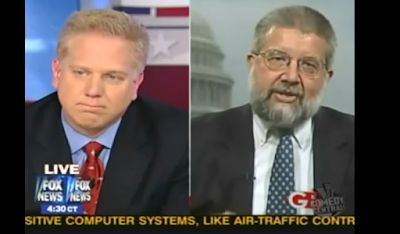 i.e. 'Damn Osama bin Laden for not attacking us cause that would be really good for us now' ... !
Geez. With these kinds of "patriots" watching our backs, who needs enemies, right?
The list of links below contain further proofs of such behavior, i.e. encouraging/desiring acts of terrorism to further thier propaganda agenda by the GOP establishment and thier media cohorts - they know their channel is played world wide so it's clear they seek to provoke people to do things that will benefit them;
Chris Hayes On Bill O Reilly's Tendency To Help ISIS By Helping ISIS With It's Emotional Manipulation
The Creation Of ISIS Can Be Traced Directly To The Actions Of Jeb Bush's Brother & Dick Cheney

The Iraq Effect (2007): New Study Finds 600% Rise in Terrorism Since US Invasion of Iraq
US Readies To Confront ISIS Online While The GOP Helps ISIS With It's Fox News Smear Machine

Exposing Glenn Beck's Deceptions 2: Brussels (Belgium) Is EXACTLY The Kind Of Attack That Glenn Beck Wants ... "So We Can Get Our Act Together"... With These Kind Of Friends, Who Needs Enemies? (Caught By Jon Stewart)