Tags: doctor nurse
May 1st 2014
View original
Here is the reboot of my favorite chapter of my memoir. Again, minor changes. 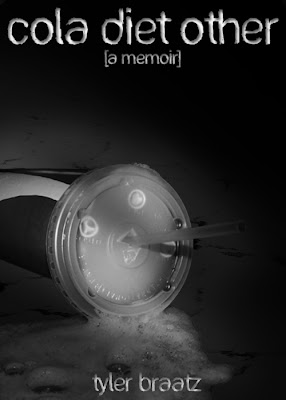 This is a work of memoir. It reflects the author’s present recollection of my experiences over a period of years. Certain names, locations and identifying characteristics have been changed, and select individuals are composites. Dialogue and events have been recreated from memory, and, in some cases, have been compressed to convey the substance of what was said or what occurred.

Chapter IV
Phoenix
“Alright, what’s the heartbeat?”
“Down to 31 beats per minute and dropping.”
“We can’t go much lower. Go find out if his family has a history of heart disease and ask his mom exactly how many lithium he took and at about what time. You, go order a thyroid and kidney test, I’ll have them do an ultra sound and another EKG in the morning.”
“Yes Doctor. Doctor, I think he’s awake.”
“Good, go get the charcoal, quickly. Tyler… Tyler. How are you feeling?... Do you think you could vomit for us?... Do you know where you are? Do you know what happened? Can you tell me who I am?..... Tyler?”
The blackness ended, life had managed to best me and the sudden rush of light and noise jolted me back into conciseness, mocking my ever-beating heart and cackling at my every exhale. While hoping to wake up and be in the presence of Jesus, my grandpas, Howard Hughes, and my dogs Archie and Kibbles, or at least back on the bathroom tile due to some miscalculation, I instead opened my eyes to see myself in a hospital bed and at the center of attention in the middle of a crowded room at the Beaver Dam Community Hospital ER. There was an unusual chill in the room, I looked down and found, to my horror, my entire naked body covered by nothing but a paper-thin hospital gown and hospital footies. Fucking fuck. I looked down the neck hole to make sure, still in disbelief that mankind would do something like that to a man. My junk was supposed to be on lock-down from everyone like Pandora’s box until my wedding night. I found not only that I was indeed mysteriously missing all of my clothes I had on the last time I was awake, but that they had also glued metal electrodes all over my chest and stomach that were capped with red wires that lead out my left sleeve to a computer. After settling down from the shock of being practically total-ass-naked, I realized that I had a thin tube running along my face, pumping oxygen into my nose, and looked down to see my entire right forearm covered in blood and an IV plugged into the middle of it with yards of tape holding it on. I stared at all of the blood, bewildered and thinking hard if I could really be fucked up enough to actually believe I swallowed pills when in reality I slit my wrist when a nearby doctor who must have noticed my confusion queued me in on the situation. “Oh, I’m sorry about that. At first we had our student doctor insert the IV, but he couldn’t find your vein and after a few tries I just did it. Boy, you have got some hidden veins! Don’t worry though, I found one.”

I was petrified to the point of tears a few years later while on vacation in Arizona when I witnessed a woman breastfeeding in public. Before I knew what was going on I thought some psychopathic lady was sitting on a public park bench, tanning her dirty pillows and was trying to covertly suffocate her baby with them at the same time. After I learned what was going on I was confused and didn’t know if girls had to squeeze out their milk daily like pee, if they could take a quick sip when they got parched, or if the things would pop if coming into contact with a thumbtack.
But the complications really began in fifth grade when Timmy told me that girls did not have penises, they had sort of... pita bread things. It took him three hours to convince me he wasn’t joking, and another hour to calm me down and stop my crying, reassuring me that they were born without them, nobody chopped them off. I was horrified at first, after solving the mystery of their lumpy chests I thought I had it all figured out, and now I was just learning something huge like they didn’t have wieners. I didn’t know if it was vertical or horizontal like a smiley face, if it was connected to their butts, how they peed, or if it needed to breath, but I didn’t care I just wanted to run up to my bed, curl up in the fetal position and never talk to my sister, mom or any girl ever again, they were like freaky, wienerless aliens.

I found some solace in hearing that girls still had butts and they didn’t have any other holes or body parts they were hiding, and after a while it started to make sense, but that didn't stop my fierce curiosity at hopefully catching a glimpse of the slippery devils. I did know babies came from when a guy and a girl hugged a lot inside a bed, after all my GameBoy never worked when I put the two double A batteries in with the two plus sides touching, it always had to go plus-minus.

“Oh, I’m sorry, I needed your temperature but didn’t want to wake you."The Mammary Siren says, "We did manage to get the EKG without waking you though.”

“What? Oh, That’s okay.” She leaned back and smiled at me. She was a brunette, tan-skinned, slender drop-dead gorgeous nurse in her early 20’s. My cheeks began to blush, I started to sweat, I couldn’t look at anything but the floor, and I started to ask myself the same question that Jim Carrey does in Eternal Sunshine of The Spotless Mind: “Why do I fall in love with every woman I see who shows me the least bit of attention?”
“Morning! My name is Rachel, my shift is just starting. Your temperature looks good, I’ll be right back with the ultra sound. Hang in there kiddo!” Oh my God, I wanted to be nursed back to health by her for the rest of eternity. She was fine, and as she left the room my thoughts began to stir, conjuring up the always inevitable battle of contradictions between the two factions of my brain: the horny part that wanted to fuck anything that could walk, and the guilty part, the part that was disappointed in me because it knew I knew better, the part consisting of the last bit of Christianity I had left in me.
“Oh dear Lord, look at that ass. Quick, where’s a pencil, I need to “drop” it and get a better look at that baby. Pencil, pencil, pen, not on the desk, shit there’s nothing. Wait, what’s this pokey thing? Oh shit, it’s attached to the wall.”
“You pervert, why did God curse this planet by giving you a second chance? You should be in hell right now with the only possibility of any ass action in the form of being forced to give Adolf Hitler a shiny new rim job.”
“I wonder what her stomach looks like, I bet it’s sexy as fuck. I wonder what everything else looks like. Left hand totally bare, no rings. Her name is Rachel, like from the Bible, maybe she’s a virgin too! Ha, fat chance of that. She’s so damn hot she’s probably one of those new-age expert type people that treats sex like yoga, practicing three different positions four times a day.”
“You asshole. Don’t be so fucking shallow. Just because she’s attractive doesn’t automatically mean she knows her way around the shaft. And even if she would be nice enough to get with you, you wouldn’t deserve it. If you took the offer you’d be taking advantage of her, she deserves much, much better than you. And the only person you deserve is yourself, you pitiful selfish bastard fuck.”
“Ooooo, I wonder if she does physicals. Maybe she does, maybe she could give me one, and then maybe she’d let me return the favor. Like Fight Club, you can never be too careful in the frequency of searches for breast lumps.”
“No. Listen to yourself, you sound just as bad as Howard Stern and every other womanizing prick you love so much to hate and point fingers at. Remember The Passion? Yeah, that’s exactly what you deserve you sick son of a bitch: To be kicked, beat up, spit on, laughed at, cut up, forced to carry your 200 pound splintery grave uphill barefoot on gravel for a few miles, whipped with shards of glass, have a bunch of razor sharp thorns jammed onto your head, penetrating your skull, nailed to a cross, put up in the air being held up by nothing but the tissue and muscle in your feet and hands, and then stabbed in the ribs with a spear. Except for the part where he stopped breathing. That’s a luxury you don’t deserve you perverted sick fuck, you deserve to linger in that last moment alive on the crucifix for five thousand years in the middle of all that pain and agony.”
And so on and so fourth.

This post first appeared on Tyler, Ink., please read the originial post: here
People also like
Home Workouts for Weight Loss
Dealing with Accidental Injury
CBD for your Cardiovascular System
How to bladder cancer immunotherapy
Middle Aged And Elderly Knee Massager Electric Knee Pad
THE ENEMY OF THE UNLIVED MEANINGLESS LIFE
How To Earn Extra Money While Helping Your Community