On Staff Meetings and Other Gullible Academic Pursuits

Since I have been writing for a while about some acts fit for a circus happening within the academia, thought that I might as well write one more as an add-on to what has been said so far.
This one is to all those departments, schools, colleges and universities who proclaim that they are conducting 'seminars and conferences' at 'state, national and international' levels-yeah right(!) for they settle for nothing less...

To the fellows who Organize:
Why? Well, here goes your modus operandi (that you thought we never noticed.): You make one of your several phone calls to establish a 'quid pro quo' with a classmate or a glassmate living across the district and convince him/her to send some of the students from his college so that you may return the favour when s/he is in need sometime later-over a secret and convenient handshake thus, a pact is signed and the deal sealed-once that part is done, you gladly go on to announce on a carefully hoisted banner that a 'state-level seminar/workshop on (some God-cares a damn) some random topic is to be conducted in the campus soon.
After having learnt this invaluable lesson on how to fool around-now that you are recognized as one of the greatest organizers of events held in the campus by authorities who buy your crap, you would then proceed to call a person from across the state and call it a 'national-level' program. The next greatest career achievement of your life time.
This only to proceed to the next level of marking your star-studded achievement-by bringing in a tourist (preferably a white skinned one and preferably with an accent to match that no one understands) who you pick up during your stroll into a neighbouring supermarket to light the 'kuthuvilakku' (the lamp) and call it 'international-level' program. If nothing else works, the international seminar/conference can still be conducted if you invite your neighbour, the NRI, who just returned for a short break and let him/her do the honor of whatever the otherwise tourist must have done-technically this fellow holds a foreign passport too and what if s/he has a funny Indian name(?!) we shall cover it up with his/her fake accent.
As you climb higher in this ruthless pursuit, you only seem to be falling lower, lower and lower at this only to get better and better in doing so... and hey, just to mention, we are watching. 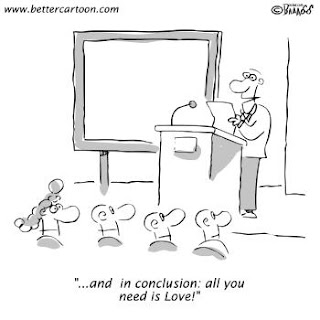 To the fellows who Participate:
The sad lot who sit like mute animals waiting to be butchered. Who are you people? Where do you come from? What do you even get in return for being a part of this sado-masochistic endeavour? Do they push you to attend these or are you pulled towards the food and people during these gatherings? Did you even realize that if you weren't there (together with everyone else,) this endless nonsense would never happened? Does anyone stop you from walking out of this deep-pitted pit of despair if you chose to-perhaps just to make your point clear to the spineless and senseless rest? Still, you refuse to go and decide to stay. Don't tell me that its for the content; seriously(?)! Could it be then for the lousy certificate they give at the end that perhaps someday may add points required for your promotion or the required formalities to be completed to get that degree they might put on hold? Don't you already see an emerging consensus network operating in synchronized coordination feeding into each other's gullibility? Duh! 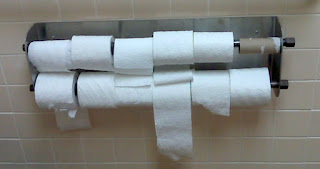 To the fellows who write and read those papers in these seminars/conferences:
Surely cut, copy, paste and plagiarize is not yet considered an art in Academic writing. Has anyone really read an academic journal or anything else of that sorts in the recent past? Crap, nothing less than pure crap is what most of the writing has reduced to-in content as well as style. Perhaps those sheets of paper if not wasted, could have been put to better use-perhaps to make toilet papers-the difference being-instead of shit transferred to paper like it does in the former, one would at least be glad to see the vice versa happen in the latter.
At the end of the day, what else do the readers deserve more than this enh?! One begets the other with the fall in quality and the whole system is so flawed and grossly stinky-with everyone together in it-that no one gets the right to question the other about each other's stink or each other's contribution to the pollute.

Staff Meetings:
Stored the best for the last. This is one place where Einstein's Theory of Relativity would take a humble bow towards the nearest exit for sanity's sake. This is where time stretches irrespective of how relatively senseless everyone feels about what is happening before, during, after and around these so called meetings.
This perhaps is the most seeded ground for the powerful, powerless and the clueless to gather under one roof to prove 'who is who' and for the rest to understand 'why so'; this brings together the shamelessly agreeing 'Yes Sir Community' together as they pledge their loyal devotion to the ones who take their positions above-setting an example for the rest to follow suit; last yet not the least, this holds the majority-the audience-who put up with this gruesome task of waiting as they wonder with an earnest angst within about the delay in the arrival of the samosas and bajjis to fill the vacuum in a place void of any decisions or common sense that has been there for a while.
Seriously, do you even have an agenda in these meetings? Have always wanted to ask, 'How on Earth do agenda-less meetings last so long?' How are things made to appear so organized in this chaotic mess?

Until then, let me run to catch one meeting or perhaps two and wish that this time, they will serve some vadas too...

30 Epic 50s Hairstyles for Men That A…
Dermstore – 15% off the most effectiv…
Why PPE Is Crucial for Health and Saf…
Farm to School to Future!


This post first appeared on Scribblings On The Walls Of Silence, please read the originial post: here
People also like
30 Epic 50s Hairstyles for Men That Are Popular Again
Dermstore – 15% off the most effective skincare products
Why PPE Is Crucial for Health and Safety in the Workplace
Farm to School to Future!

On Staff Meetings and Other Gullible Academic Pursuits