The clinical picture of typical pyridoxine-responsive convulsions has to be differentiated from the more recently indentified atypical presentation. The typical form satisfies the following criteria:
• Onset of convulsions before or shortly after birth.
• Rapid response to pyridoxine
• Repractoriness to other anticonvulsants
• Dependence on a maintenance dose
• Absence of pyridoxine deficiency
The disease may star as intrauterine convulsions as early as in
the fifth month of pregnancy. Some patients suffered from peripartal asphyxia probably as a consequence of this disorder. The seizures are intermittent at onsetbut may proceed to status epilepticus. All types of seizures can
be opserved, mostly lon, g-lasting seizures and repeated status epilepticus, but also brief convulsions (generalized or partial), atonic attacks, and infantile spasms. There is pronounced hyperiratibility that can alternate with flaccidity. Abnormal eye movements are often reported (nystagmus, “rolling” eyes, miosis, and/or poor reaction of the pupils to light).
The atypical presentation differs from the typical one as follows:
• Later onset of the attacks (up to the age of about 15 months)
• Prolonged seizure-free intervals without pyridoxine (as long as 5 months)
• Need of larger pyridoxine doses in some patients
• Higher incidence
Disorders of Neurotransmitters Diseases
Metabolic Derangement Pyridoxine-Responsive and Unresponsive Glutamic Acid Decarboxylase Deficiency 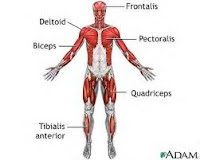 Pyridoxine-responsive convulsions are considered to be due to brain GABA deficiency resulting from a genetic defect at the pyridoxal phosphate coenzyme-binding site of glutamic acid decarboxylase, the rate-limiting enzyme in GABA synthesis. Brain and cerebrospinal fluid (CSF) GABA have only rarely been measured and were found be low.
Disorders of Neurotransmitters Diseases

Diagnostic Tests Pyridoxine-Responsive and Unresponsive Glutamic Acid Decarboxylase Deficiency
The diagnosis rests on the clinical response to pyridoxine. A trial of pyridoxine should be performed in all unclear seizure disorders with onset before the age of about 15 months. Results of CSF free GABA determinations and investigations at the DNA level should not be waited for, as these are mostly not readily available.
Disorders of Neurotransmitters Diseases
Treatment and Prognosis Pyridoxine-Responsive and Unresponsive Glutamic Acid Decarboxylase Deficiency

The disease promptly responds to pyridoxine, but is refractory to other antiepileptic medications. The minimum effective daily dose is at least ten times the minimum daily amount recommended for healthy infants and usually varies between 2 and 15 mg. Treatment with isoniazid increases the minimum effective dose. The convulsions cease within a few minutes when pyridoxine is administered parenterally and within a few hours when it is given orally. The effect of a single dose remins constant in the same patient (mostly 2-5 days). When treatment is interrupted, the seizures return, although there might be exceptions to this tule (delayed maturation of enzyme activity?). In the case of (suspected) intrauterine convulsions, treatment of the mother with pyridoxine is effective(around 100 mg/day). In the later-onset presentation, doses of 100-200 mg may be necessary to control the seizures. Here, too the minimum effective maintenance dose has to be determined individually.
In the absence of early appropriate treatment severe psychomotor retardation is the rule, and if untreated the disease runs a fatal course, at least in the neonatal form.
Disorders of Neurotransmitters Diseases
Genetics Pyridoxine-Responsive and Unresponsive Glutamic Acid Decarboxylase Deficiency
In its typical form disease has an autosomal recessive inheritance, and there is evidence that this also holds true for the later-onse presentation.
Disorders of Neurotransmitters Diseases