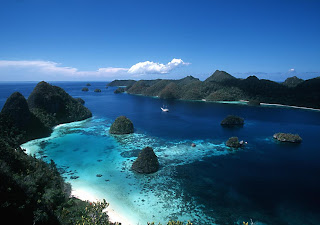 The name of Raja Ampat comes from local mythology that tells about a woman who finds seven eggs. Four of the seven eggs hatch and become kings that occupy four of Raja Ampat biggest islands whilst the other three become a ghost, a woman, and a stone.

And local man tell the story: Raja Ampat means the Four Kings. Why the Four Kings well the myth tells us that there was a woman who found 7 eggs, 4 eggs hatched and out popped four princes who were separated and each became a powerful king in Waigeo, Salawati, Misool Misool East and West. The other 3 eggs turned into a ghost, a woman and a rock. Now as legends go, I am not sure this is a breathtaking story but please put that aside as the Four Kings, Raja Ampat is breathtaking in every other way.
History shows that Raja Ampat was once a part of Tidore Kingdom, an influential kingdom from Maluku. Yet, after the Dutch invaded Maluku, it was shortly claimed by the Netherlands. The main occupation for people around this area is fishing since the area is dominated by the sea. They live in a small colony of tribes that spreads around the area. Although traditional culture still strongly exists, they are very welcoming to visitors. Their religion is dominantly Christian.
Located off the northwest tip of Bird's Head Peninsula on the island of New Guinea, in Indonesia's West Papua province, Raja Ampat, or the Four Kings, is an archipelago comprising over 1,500 small islands, cays, and shoals surrounding the four main islands of Misool, Salawati, Batanta, and Waigeo, and the smaller island of Kofiau. 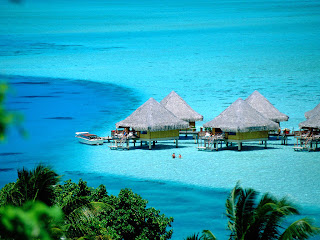 Raja Ampat Regency is a new regency which separated from Sorong Regency in 2004.It encompasses more than 40,000 km² of land and sea, which also contains Cenderawasih Bay, the largest marine national park in Indonesia. It is a part of the newly named West Papua (province) of Indonesia which was formerly Irian Jaya. Some of the islands are the most northern pieces of land in the Australian continent.
The oceanic natural resources around Raja Ampat give it significant potential as a tourist area. Many sources place Raja Ampat as one of their top ten most popular places for diving whilst it retains the number one ranking in terms of underwater biodiversity.
According to Conservation International, marine surveys suggest that the marine life diversity in the Raja Ampat area is the highest recorded on Earth. Diversity is considerably greater than any other area sampled in the Coral Triangle composed of Indonesia, Malaysia, Philippines, Papua New Guinea, Solomon Islands, and Timor-Leste. The Coral Triangle is the heart of the world's coral reef biodiversity, making Raja Ampat quite possibly the richest coral reef ecosystems in the world.
The area's massive coral colonies along with relatively high sea surface temperatures, also suggest that its reefs may be relatively resistant to threats like coral bleaching and coral disease, which now jeopardize the survival of other coral ecosystems around the world. The Raja Ampat islands are remote and relatively undisturbed by humans. 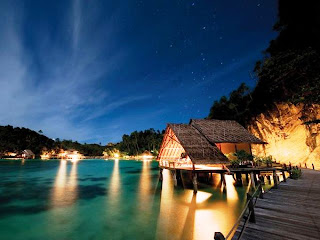 The high marine diversity in Raja Ampat is strongly influenced by its position between the Indian and Pacific Oceans, as coral and fish larvae are more easily shared between the two oceans. Raja Ampat's coral diversity, resilience, and role as a source for larval dispersal make it a global priority for marine protection.
Although accessing the islands is not that difficult, it takes some time. It takes six hours flight from Jakarta, the capital city of Indonesia to Sorong. Then, taking boat to reach the islands is necessary.
Prepare to see natural beauty at its best. This archipelago comprises overall were 9.8 million acres of land and sea. It is at the heart of a Coral Triangle of rich biodiversity and It is said to have the largest variety of species of aquatic life in the world.
Through research in the area it has been found that this area holds 75% of all coral species in the world and put on top of that the fact that there are well over 1000 species of fish swimming
1,309 fish species, 537 coral species (a remarkable 96% of all scleractinia recorded from Indonesia are likely to occur in these islands and 75% of all species that exist in the world), and 699 mollusk species, the variety of marine life is staggering. Some areas boast enormous schools of fish and regular sightings of sharks, such as wobbegongs. 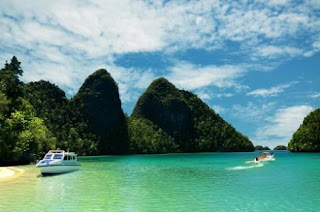 around. This all adds up to the fact that you have to get into the water.
Through talking to dive as I have learnt that there is no such thing as a bad guy in this part of the world, You're able to ask your guide to see a particular type of aquatic life and your guide with a degree of certainty will be able to find it for you that day and I how big or small it might be.
Tags:raja ampat,papua,4 kingdom,diveing place,beatiful land
related article
1.Ibu Maria's Homestay
2.Mangkur kodon and Arborek home stay
3.Ransiwor Homestay
4.LAKE TOBA IS THE LARGEST LAKE IN INDONESIA
5.WELCOME TO THE THOUSAND ISLAND
6.PARADISE ISLAND IN THE WORLD
7.Bunaken on my amazing island and the best spot for diving in the world
8.Ciwedey the best beatiful white crater in bandung
9.History of baduy's people
10.KARAPAN SAPI IS THE CULTURE FROM MADURA

NIFA-Funded Study Detects Omicron Var…
Ikaria Beauty – Save $22 on Transform…
What to wear: outfit ideas for Christ…
Flyysoulja & Kodiyakredd – Island Boy…
How To Develop An App Like FreshDirec…