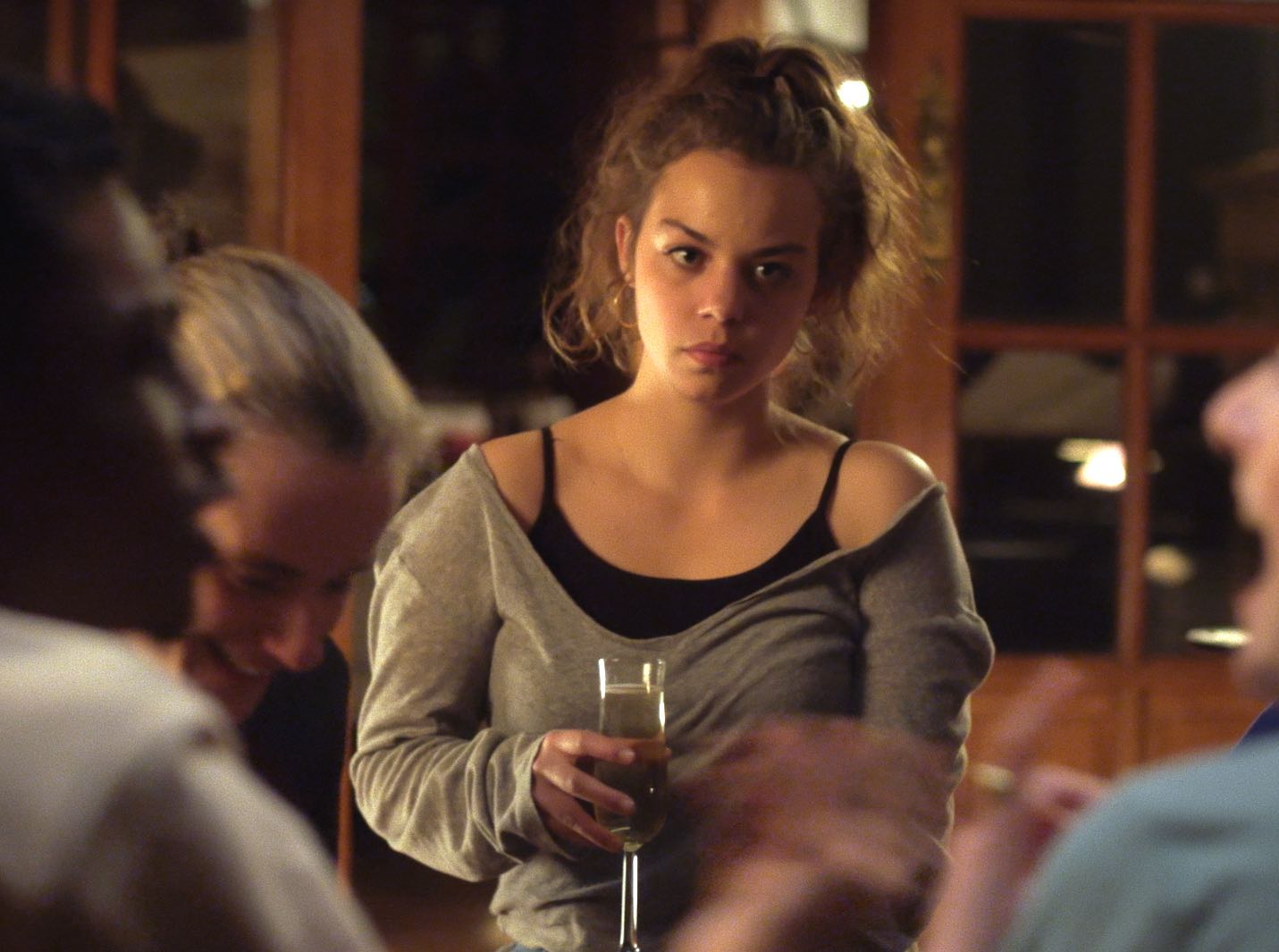 Sixteen-year-old Inès needs a new pair of shoes. Her mother can’t afford it, and as she unsuccessfully tries to get a job she meets Martin, to whom life has dealt a much more favorable hand. In her INSAS graduation Film Plaqué or (Gold plated), writer/director Chloé Léonil explores social inequalities through the eyes of a teenage girl caught in between her survival instinct and her moral compass.

With the origins of her story based on personal experience, Léonil shared with us that inspiration came from her own childhood, growing up in between two different standards of living. Bouncing back and forth between the two allowed her a rare insight, which in turn helped when it came to writing the script for Gold Plated. With a storyline revolving around social inequalities, told from a very intimate perspective, Léonil was able to use her own knowledge to ensure her short felt authentic while maintaining a compelling narrative arc.

While the runtime of Gold plated is undeniably on the lengthy side, every single minute is cleverly used to build the very complex emotional situation Inès finds herself in, fleshing out both the strengths and vulnerabilities of her character. The screenplay takes a subtle approach and never addresses the inequalities in a heavy-handed manner, ultimately making them even more undeniable and Inès’ moral dilemma even more compelling.

Ultimately, she’s a good person, pushed by her circumstances to do something bad and as we watch what brings her to making this decision, it’s difficult not to empathize with her situation and understand what led her there. With Léonil expertly capturing Inès’ uncomfortable reaction to her new surroundings through the camera movements and her interactions with the other kids, she paints a portrait of a complex and genuine character and gives the film a very humane dimension. It’s difficult to excuse the actions of her main character, but Léonil makes sure we never judge her either.

Present in almost every frame, Salomé Dewaels gives an impressively layered performance as Inès. Nuanced and captivating, she nails the emotional turmoil of her character, portraying her disappointment and frustration with a touching authenticity as we witness her character battling to remain strong, right up until she inevitably breaks down. The exchange with her mother is nothing short of heartbreaking and watching her make that final decision, then live with the consequences afterwards, gives the film the resonating emotional impact needed to make it a success.

Gold Plated made its way around the festival circuit with notable stops at the Palm Springs ShortFest and ShortShorts. Léonil has since shot a new short film Tjenbé red and is writing her first feature film Contre-jour. She is also credited as one of the writers of 2021 Cannes Official Selection film Les intranquilles (The Restless) by Joachim Lafosse.