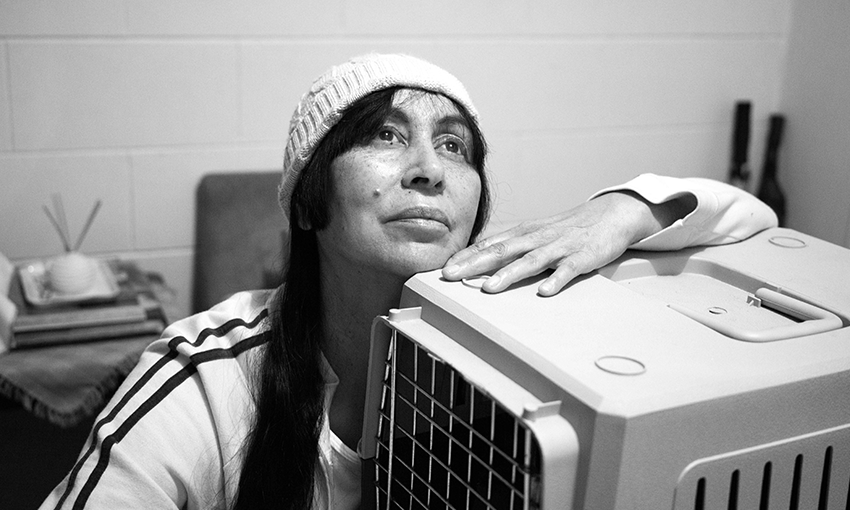 If you’re old enough to be able to read this, the chances are you’ve already experienced Grief at some point in your life. Grief is cunningly multifaceted and can manifest as overwhelming disappointment for a toddler who’s dropped his ice cream, unbearable despair for a teen after a breakup, or excruciating emptiness after the loss of an elderly relative as an adult. Yet, the grief that follows an unnatural or untimely death is a whole other ball game. It’s a toxic blend of rage and sorrow that refuses to be defined by stages and leaves a trail of invisible scars in its wake. Directed by Todd Karehana, Loading Docs short Night Ride is a deeply personal study of the aftermath of a family tragedy, and the ways in which it continues to affect those touched by it decades after it happened.

Don’t be fooled though, this is not the tearjerker you might expect (although you should probably keep the tissues nearby just in case). In fact, Night Ride is a joyous documentary brimming with levity and love, passionately pieced together with a subtle and superbly perceptive touch. By dodging clichéd narrative beats and leaving plenty of blanks unfilled, Karehana has crafted a profoundly tender story straight from the heart. One filled with so much substance, it’s impossible not to be gripped and moved by it.

“During this process I learnt that grief manifests in unexpected ways”

1 of 8 films in this year’s slate of Loading Docs – a New Zealand initiative now in its eight year that mentors and develops emerging non-fiction storytellers – the documentary follows Todd Karehana as he seeks answers from his 66-year-old mother Alma, who keeps returning to their old family home every night to feed stray cats. Suspecting that her unusual hobby is somehow linked to his brother’s death, who passed away in that house when he was just a child, the director embarks on a nighttime rescue mission with his mum. Together, the somewhat comedic detective duo attempt to capture Fluff, Alma’s most beloved cat, which unless caught would be put down by the local animal charity.

When we asked Karehana what sparked the idea for the documentary, the director explained that it stemmed from his mother’s curious fascination with the stray cats. “On a personal level, making this film was part of my emotional process of understanding my mum. I was able to go on a journey with her through the making of this film and I now have a deep appreciation for Fluff and the other cats in her life. My brother’s death affected each of us differently, and during this process I learnt that grief manifests in unexpected ways”.

“I was hoping to show my unique voice as a director” – Todd Karehana on his aims for Night ride.

Aesthetically, the documentary is rather unassuming. Save for a couple of drone shots, the footage isn’t particularly cinematic, most of it is graded in black and white, filmed in the dark and without a fancy cut or transition in sight. What there is plenty of is shaky, handheld camerawork, predominantly shot from the backseat of a car or crammed inside a small kitchen. Even the music, which features sparsely, feels more like an integral part of the story than a score for it. The decision to have a low-key production was undoubtedly a deliberate one as Karehana’s main focus was on depicting the relationship with his mum authentically and allowing the narrative to unfold organically. With such a strong focal point, the usual filmmaking prodding and cues, and overly polished production simply become obsolete.

And it’s the relationship between Karehana and his powerhouse of a mother that’s the heart and soul of the film. As an audience, we are far more interested in hanging out with these genuinely lovely people and observing their interactions with one another and their feline friends, than in any orchestrated dramatic acts or narrative twists. And this is what makes Night Ride a triumph. Rather than focusing on who his brother was or how he died, the director relishes in the mundane – listening to music, making tea, feeding cats, bickering and laughing with his mum. After all, it’s the subtle, muted and sometimes silent moments that define a life, not the big, momentous ones. Just as it’s not the tragic, life-changing events that shape who we are, but how we cope with them and find the strength to live and maybe even laugh again.

This post first appeared on Watch The Best Short Films | Short Of The Week, please read the originial post: here
People also like
Whales Returning to Polar Waters After 40 Years
Joker Movie (2019) Explaind in Telugu || BTR creations
Anxiety Management Through COVID-19’s Second Wave
Auto Makers in US to Reopen their Plants
دعاء تفريج الهم والضيق
Three Lucky things that have happened to me
The Health Benefits of Meditation for Children
(Spoiler Warning) Titans Season 2 Review
Bitcoin is Preparing For the Biggest Bull Run After the 4% Decrement