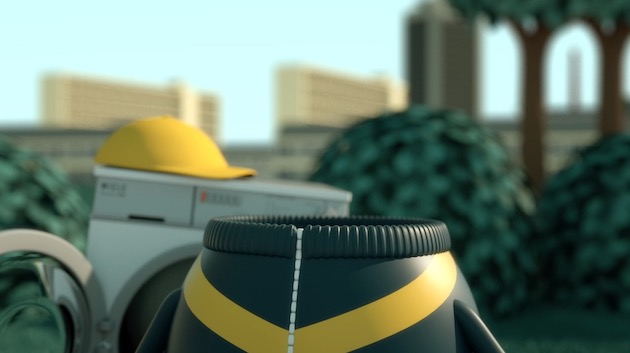 Along with using these Best of the Month posts as a way to highlight some of the team’s favourite short films from our recent selections, I also like to use it as an opportunity to provide a little behind-the-scenes look at what we do at Short of the Week. A large portion of my role as Managing Editor on the site revolves around trying to ensure we get content for the site – despite the name of our platform, we actually feature (on average) four short films a week – and trying to make sure the films we serve you are the most innovative and exciting titles around. At times this is easy, but occasionally it can be a lot more difficult and recently it’s certainly been the latter. Whether this is a result of the pandemic last year and not as many shorts being made, only time will tell, but where the quantity of short films we feature may have dropped a little of late, we hope the quantity hasn’t – I’m sure you’d let us know if it did!

Mount Magmas Jackpots Slot Review (Pu…
15 Back To School Lunch Hacks You Nee…
Blackjack for Beginners: A Short Guid…
Florence in One Day: How to Plan the …
Meow Bar, Moscow
***

From the 16 films featured on S/W throughout August, we brought you award-winners, festival favourites and exciting new talents, with subjects ranging from heartbreak to guilt and near-death experiences to curry so good you’ll fight for it. The trio of films that make up our Best of the Month picks include a compassionate indie drama, a game-changing CG animation and a hi-concept body swap comedy with heart.

Are You Still There? by Rayka Zehtabchi and Sam Davis

A simple premise that unfolds in a really beautiful and compassionate way. Unlike so many indie dramas, it doesn’t fetishize misery, but rather, is about moving past it. – Ivan Kander

There was a time on Short of the Week where films would drop unannounced online, with our team having no real knowledge of the project until that first browser-based viewing. That happens a lot more rarely nowadays (hopefully due to better organisation and outreach on our behalf), so when it does it really feels like an event. Jumping into Zivkovic’s Irradiation blind I got an instant adrenaline kick, my initial reaction of “this is something special” strengthened with every second passed. It’s not a short that fits comfortably into our narrative first curation (the storyline certainly isn’t its strongest element), but as Jason explains in his thoughtful write-up this is a “million-dollar-looking animation” created largely by one person. Short films like this could prove game-changers for independent filmmaking – Rob Munday

This Dutch trio, known for their unique oblong character design and a series of acclaimed shorts that don’t crack 5min, return with their most narratively mature effort yet—a hi-concept body swap comedy with heart. Technicians of the animation craft, Job Joris and Marieke prove that their attention to detail extends to writing as well – Jason Sondhi

With a narrative that touches on illegal immigration, a distrust in the police and the cultural identity crisis, Post Office, from co-directors Loo and Karp, serves up a specific storyline from a universal perspective – it’s no surprise so many of you liked this one.

WATCH PAST BEST OF THE MONTH SELECTIONS

This post first appeared on Watch The Best Short Films | Short Of The Week, please read the originial post: here
People also like
Mount Magmas Jackpots Slot Review (Push Gaming)
15 Back To School Lunch Hacks You Need
Blackjack for Beginners: A Short Guide
Florence in One Day: How to Plan the Perfect Itinerary
Meow Bar, Moscow
Day 4 – How to Rehab a Painful Shoulder
Why Behavioral Interview Questions Provide More Insight for Healthcare Hiring
Facebook Launches Bitcoin Rival ‘Diem’ – Here’s Why It Isn’t a Threat to Bitcoin