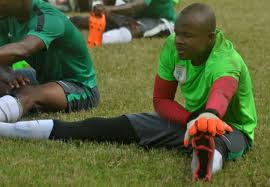 Salisu called up four goalkeepers, nine defenders, eight midfielders and nine strikers ahead of the qualifier against Togo or Benin Republic for a place at next year’s finals in Kenya.

After Monday’s meeting over the list in Abuja, Paul Bassey, a member of the committee expressed confidence in the quality of players invited to help the country qualify for the tournament.

“We're very impressed. It is not easy sieving through 40 players per team from 20 clubs,” Bassey told media.

“As a technical committee, the coach presented his team and defended it. We shared with him and offered our own ideas and it was up to him to decide.

“We went through the list with him and very happy with what we saw and the selections he made. There is no mandate that he has qualify but we believe the first qualifier he knows he has to qualify. Togo or Benin Republic should not be a problem.

“We've not been doing well at the CHAN level and I believe he picked the best and with the caliber of players on the list, we should qualifier for the tournament.

“We found out that we have about six good goalkeepers in the league and it shows how confident we are with the goalkeeper department. He took four though we would have hope for more goalkeepers.