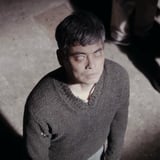 Just like in its first season, The Terror's second installment is taking a real-life tragedy and giving it a haunting supernatural spin that will likely give you nightmares from its season premiere on AMC in August, all the way until the finale.

Trailer Crushes 20 People To Death Wh…
It wasn’t me this time – Road Rage Pa…
CARDANO’S UPLIFTMENT IN THE PRICE HAS…
Remembering Woodstock On Its 50 Year …
OUTTAKES: JUST SAY IT

In the first Trailer for season two of the anthology series, the show trades the frigid location of the Northwest Passage (and the 19-century British ships trapped there) for an equally horrifying real-life place: an American internment camp during World War II. Soon the US citizens of Japanese descent who are forced there begin to suspect that the rash of recent deaths in their community are the result of a malevolent shape-shifting spirit.

A young man named Chester Nakayama (Greek's Derek Mio) decides to figure out the root cause and destroy the evil before it can murder anyone else, though he's warned that "anywhere you go, it follows you." (Did you just feel a chill run down your spine, or what?) Season two, officially titled The Terror: Infamy, also stars George Takei, Teach Grant, Miki Ishikawa, and Shingo Usami. Watch the trailer above before the first episode drops on Aug 12.