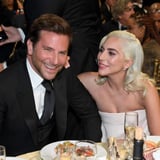 Ally - er, Lady Gaga - has spoken. Just hours after this year's Oscar nominees were announced, Gaga weighed in on the fact that her A Star Is Born costar Bradley Cooper was notably left out of the best director category. Though many fans were grabbing their pitchforks and readying a revolt against the Academy, the 32-year-old singer and actress had a more positive outlook on the lack of recognition for Bradley's directorial debut.

I Want My Receipt! Lady Who Slept Wit…
Is Bitcoin Ban Next after E-Cigarette…
5 wardrobe essentials you should add …
6 Steps to Successfully Restart Life …
A Glimpse at Langkawi’s Folklore – Ma…

"You never know what's going to happen," she told The Los Angeles Times on Jan. 22. "But at the end of the day, he knows that he's the best director in my eyes, and in all of our eyes as his cast." Aww! We just love their supportive friendship so much. Lady Gaga added that Bradley's still thrilled about A Star Is Born's laundry list of other nominations, including best picture and best achievement in cinematography. "I know that he's so happy that we've all been nominated and that the film was recognized and we all feel really, really beyond elated for the recognition," she said.

Of course, Bradley also spoke out on his various nominations, though he didn't mention his best director snub. "When I got this opportunity I knew I had to risk it all because I may never get another chance," he said in an official statement. "To be here today in a place where people who have seen the film are talking about how it makes them feel, something deep - that simple human thing, that we need each other - and the Academy to recognize that this morning . . . I just am so grateful." We're certainly grateful that Bradley "risked it all" to direct this movie, and you can catch us cheering on the whole A Star Is Born cast come Oscars night.