SHAWNEE HILLS, OH — Friends and extended family members of one Chantel Hamilton, 63, of Shawnee Hills, Ohio were shocked and dismayed when they opened the annual "Auntie Chantie" Christmas Letter this holiday season.

Her wide eyes scanning the sleek cursive handwriting, cousin Alberta Hamilton stood dumbfounded in her kitchen as the words "Well my no-good creepy-ass son is back in jail for trailer park peeping." sprang unrelentingly from the page. She found little relief as the letter continued "and my daughter is still hitched to that asshat Klansman. Sure, he's in the Rotary, but he's also in the Klan." 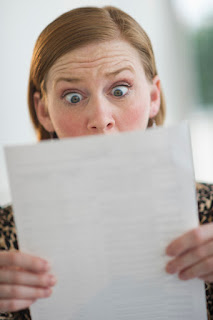 The letter's other startling revelations include Chantel still misses her dead husband Pat but not as much thanks to her new "friend" Mister Bullet (and his five speeds), her new daughter-in-law smells funny, and pop sensation Lizzo is "over-fucking-rated."

Nephew Jack McCluskey of Farmington Hills, Michigan was disappointed to find that his beloved aunt referred to his favorite college football team as a "sack of hog shit covered in weeping boils that deserve to rot in the eleventh circle of hell for eternity."

He referred the letter to his therapist, who has seen similar displays of truth bombs

"Age has stolen much of Mrs. Hamilton's social graces and as a result, she lacks the devices necessary to construct an artifice of joy and success around her family so many others are adept at this time of year," he said, referring to a stack of his own leftover Christmas cards showing he and his wife and two daughters in a complete fabrication of joy.

He then collapsed into a pool of tears.

The letter ended with "You are all rotten people in your own special way. Merry Christmas and Happy New Year!"

Seven journaling topics anyone can us…
Merry Christmas and Mahatma Gandhi
CBD 2020: What to Expect + Our Top Pr…
CCC Question Paper with Answer in Hin…
What Marathon Running and Successful …