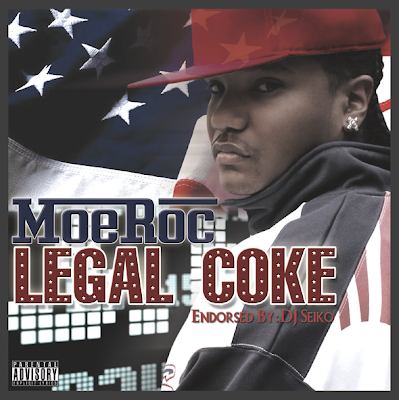 
REUP: New York, NY, Tuesday, February 3, 2009 - After helping produce the latest Wu-Tang Clan projects and exploring new business ventures, MoeRoc has returned to the music scene as an artist and will be releasing a new exclusive Street Album. Real Music Global presents Legal Coke — raw lyrics, quality tracks, organic music with a corporate hustle, on Tuesday, February 3, 2009 at www.MoeRoc.com and www.LegalCoke.com. Described as a direct metaphor to our current state of hip-hop, Legal Coke symbolizes a new standard, new genre, and new hustle. The Album [hosted by DJ Seiko] features Raekwon The Chef from the Wu-Tang Clan and 50 Cent as well as a bonus direct-to- iPod music video, “Can U See”. Legal Coke promises to be the most potent item on the market for the start of 2009.