Idioma: En
Free & Cheap Events & Things To Do In The San Francisco Bay Area | Funcheap
http://sf.funcheap.com
Follow me
Share me 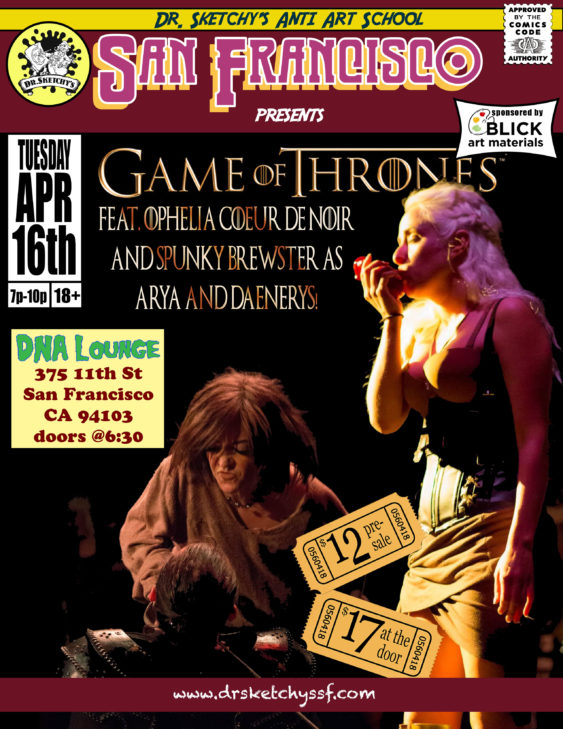 Founded in 2005 in a dive bar in Brooklyn, Dr. Sketchy’s has now spread to over 100 cities around the world.

This month take a journey to Westeros. In celebration of the upcoming final season of Game of Thrones, Dr. Sketchy’s Anti-Art show will have femme fatales Ophelia Coeur De Noir and Spunky Brewster as Arya Stark and Daenerys Targaryen.

Spunky Brewster: Hailing from Los Angeles, Spunky Brewster is a performer who brings her own micro brand of bawdy vaudeville to the world of burlesque. Having spent nearly a decade refining her skills on the streets of Oakland, she can now be found performing across the greater LA area.