'Being Mary Jane' returns tonight at 10 pm on BET 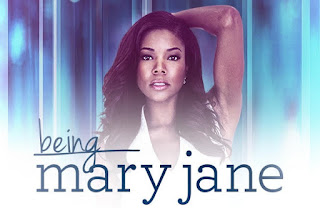 BET's signature series, "Being Mary Jane," is back with an all-new season January 10 at 10:00 p.m. ET?PT. The the new season, Mary Jane (Gabrielle Union) is in a new town with a new job that takes her to New York.  In the clip, Mary Jane (played by Union) is taken to lunch by a producer from the show and made to believe she is being vetted to take over senior anchor Ronda Sales’ (Valarie Pettiford) job on “Great Day USA.”
However, Ronda learns of the meeting, pulls Mary into her office and lays down what is actually happening… the show is pitting against each other because there can’t be two female powerhouses on “Great Day USA.” The clip sets up what is to be a season full of drama and power struggles between the two female anchors as Mary Jane tries to carve out her path in NYC.
Back home, the family is still dealing with the effects of the police incident that Niecy experienced. Niecy is still struggling with residual post-pardon depression of that fateful night.
Check out a teaser trailer below:

Why do I set challenges for myself?
AFGHANISTAN - Peace Talks vs Attacks
Remembering Woodstock On Its 50 Year …
James Sillwood: Author and Founder o…
Fantasia 2019 – 8 (2019) Review

'Being Mary Jane' returns tonight at 10 pm on BET