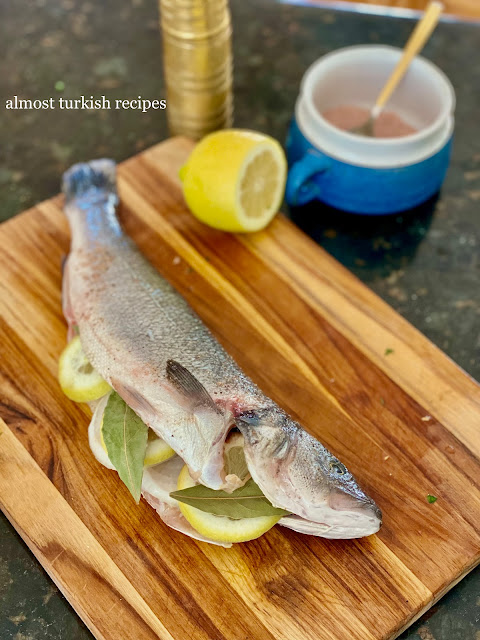 Branzino or European sea bass is one of my favorite Fish and until recently it was hard to come by in US. Nowadays, not only staple places for European seafood like Whole Foods, but also Trader Joe's sells Branzino fillets. However, branzino has an amazing flavor when cooked on the bone. I get them as a whole from Costco. This is a simple and quite delicious way to grill branzino.

How To Help Your Husband Get On Board…
BBQ Beef Cheeks A/K/A Super Brisket
Cannabis! A Viper Vaudeville Brings A…
Causes & Treatment Of Monkey Pox
Frizzy Hair in Men: 4 Tips to Tame It…
However many branzinos you need head and tail on (the cheeks and tail, my favorite), scaled and gutted
1 small onion, thinly sliced
1 lemon, sliced
2 bay leaves per fish
salt & pepper
olive oil 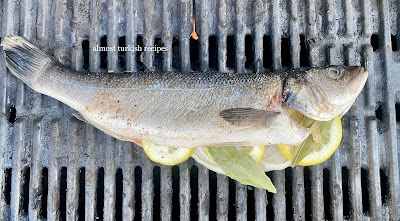 -First things first, start your grill. You will cook the branzino(s) on high.
-Rub the fish cavity and the outside of the branzino with olive oil, a good one.
-Generously season the cavity and the outside of the fish with salt and pepper.
-Stuff the cavity with onion and lemon slices and bay leaves.
-Place the stuffed branzino on the heated grill split side facing you. This way it'll be easier to flip it over without losing the stuffing. (If you feel uncomfortable about flipping a stuffed fish, the first time around you can tie it with an unbleached kitchen twine. You'll get a hang of it fast)
-Cover and cook for at least 7 minutes. Don't peek, don't poke. Sip your beer. After 7 minutes try with the spatula to flip the fish, if it resists it is not ready. Let cook for another minutes. The fish will tell you when it's time, when it's not sticky anymore. Do NOT force it.
-Once you flip it, cook for another 7-8 minutes, and that's it. The branzino, which must be smelling delicious by then, is ready. Serve right away with a green salad and maybe some crusty baguette.
-Discard the stuffing and dig in. 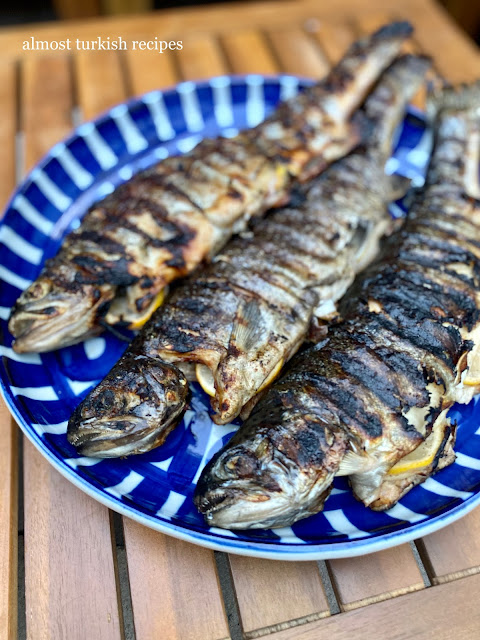