China is well known for fakery of all kinds, be it consumer electronics, clothing, pharmaceuticals, DVDs, food and everything in between. And there is particularly one type of fakery that is actually thriving in business with a market that spreads from New York to Tokyo – Art.

Dafen is a small Village in the suburb of Buji, in Longgang District of Shenzhen whose sole purpose is to mass produce replicas of western art to be sold to shops, restaurants, hotels, galleries, and tasteless consumers across the world. The village boasts over 5,000 artists working in 600+ galleries who churn out over 5 million paintings each year. 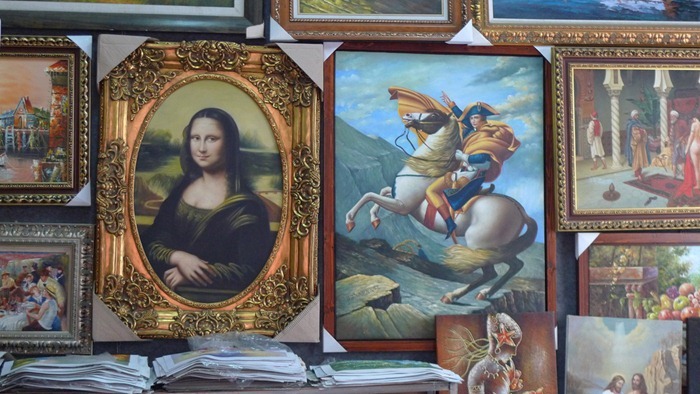 It started in the early 1990s when a group of about twenty artists under the leadership of the painter and businessman Huang Jiang took up residence in this town. They specialized in the making of large numbers of replicas of oil paintings by masters such as Van Gogh and Leonardo da Vinci. These replicas were sold in many countries for relatively low prices. The endeavor was quite successful and soon the demand for replicas increased. In order to fulfill the demand more and more artists took up residence and started to make a living. According to China Daily, some 60% of all global fake paintings are produced at Dafen.

Many of the artists involved in the job are actually trained at art academies and churn out dozens of replicas each day. A combination picture (below) shows the half-hour process of painter Zhao Xiaoyong working on a Van Gogh self-portrait in his gallery at Dafen Oil Painting Village. Zhao said he has sold more than 70,000 pieces of Van Gogh's paintings, with the price ranging from 200 to 1,500 yuan ($30-$230) a piece. 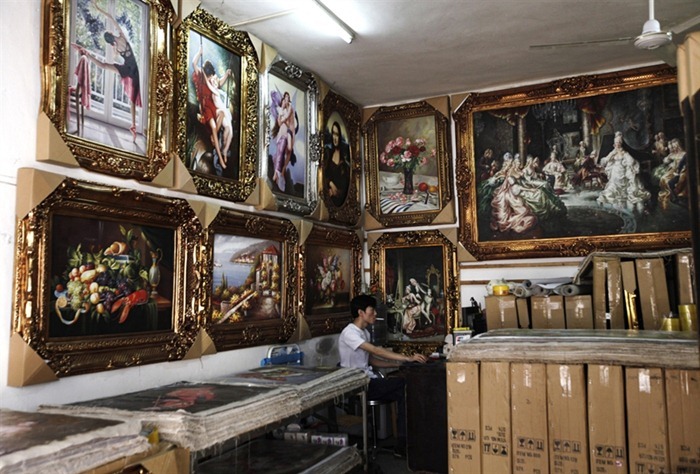 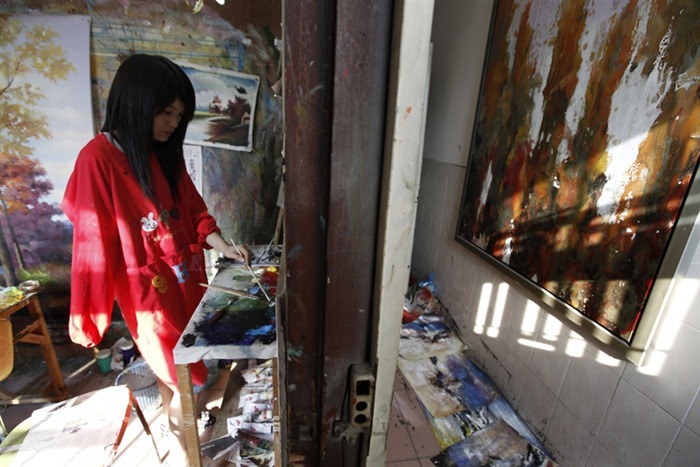 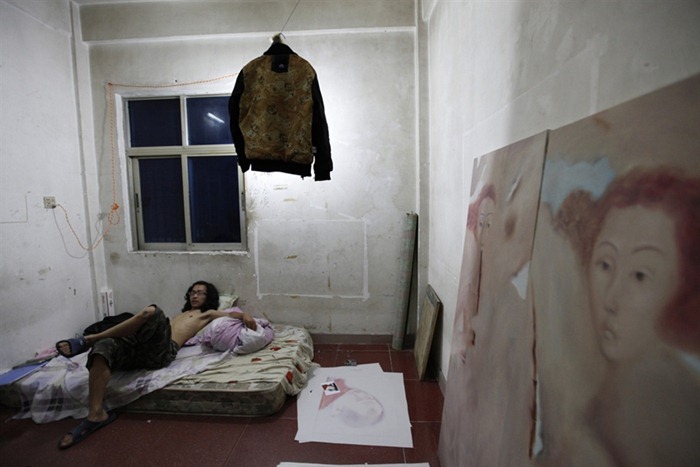 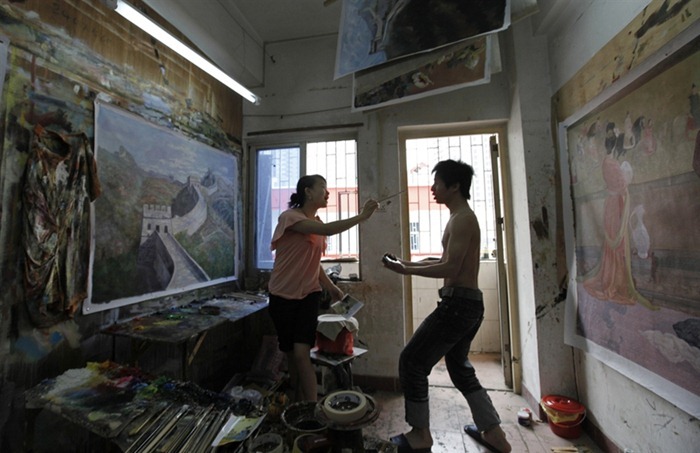 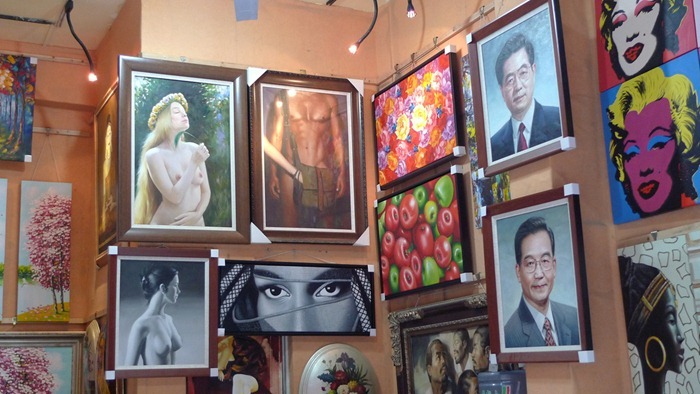 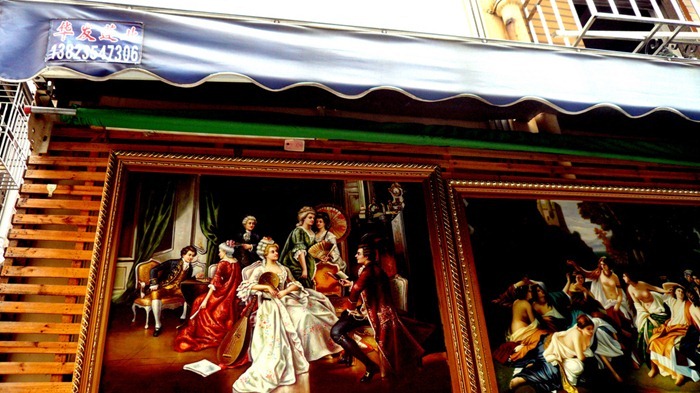 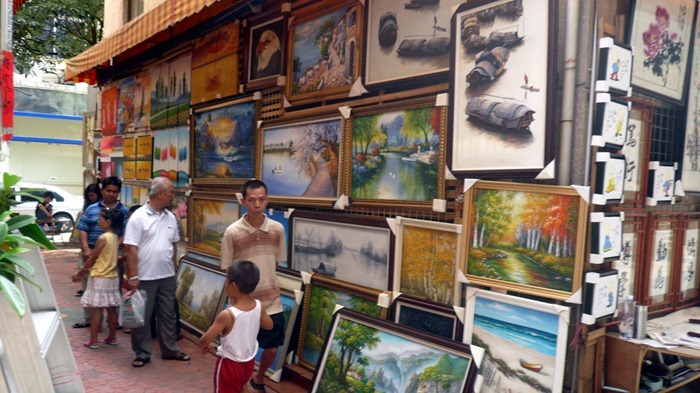 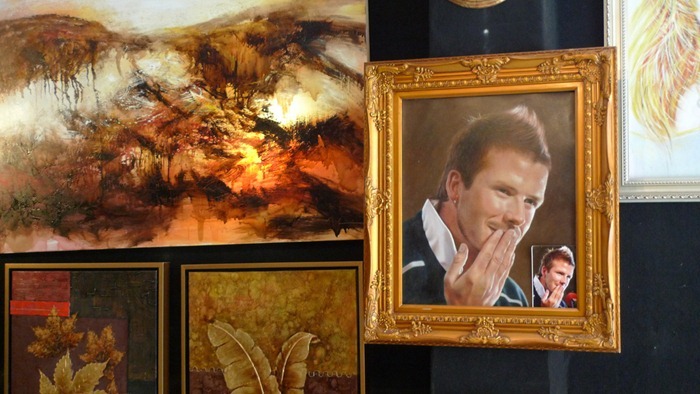 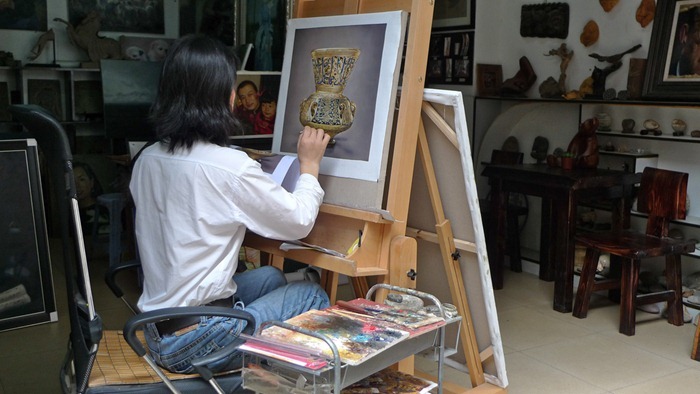 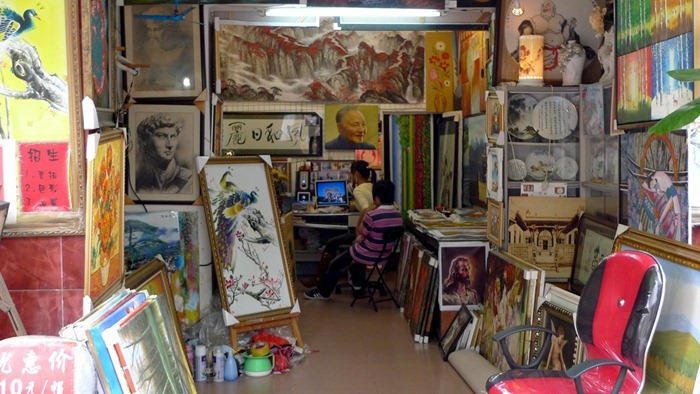 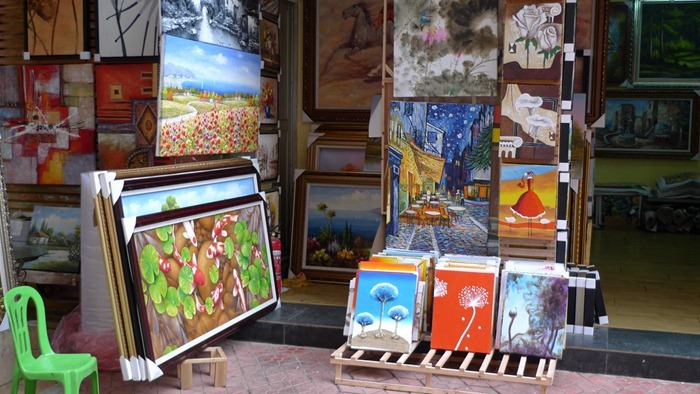 Vivacious And Wonderful Village Art For Your Wonderment