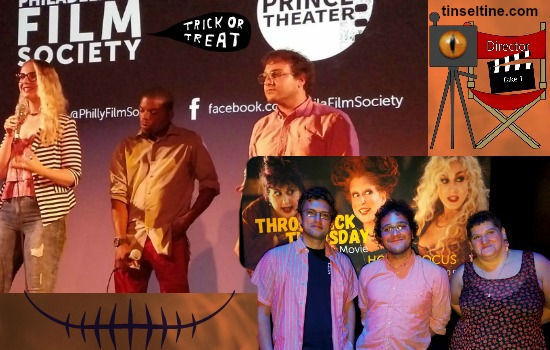 Every month PFS supports local Philadelphia Filmmakers of all ages, levels, and backgrounds with a screening of selected films shown at the Prince Theater Black Box. Each Showcase is followed by a Q&A with the filmmakers, cast and crew to elicit feedback from the audience.

Tickets are FREE, through PFS On Us presented by PNC Arts Alive,  although donations to Philly Film Showcase are welcome.

I always have plans to go to more of these but often have a conflict.  I did get to attend the September Showcase, and since it featured 3 films of the Scifi/Fantasy/Horror genres, I decided to wait and post about them near Halloween! 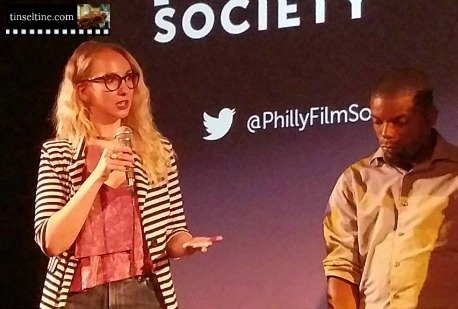 The first one was by someone I now think of as a friend as we began following and communicating via several social media platforms after I interviewed her for her first film called DINNER (click for T&T post).  Her name is ALEKSANDRA SVETLICHNAYA and she's super kick-ass!  She's now got a series of these Cosplay inspired comedy/fantasy films in motion.  At the showcase she presented...

BREAKFAST - Two friends set out on a quest for an exclusive edition of their favorite comic book one morning and find something unexpected, setting off a series of events that no one could have predicted. And they haven’t even had breakfast! (26 min)


As I was formulating a mini review, I came across this great one by ROOBLA which I really like:

"Breakfast" brings back the main cast from "Dinner", although not a sequel. This is the second course in the aptly names “Dinner-verse”. The film is again made on a limited budget, but still manages to deliver through some creative ideas, clever twists and slick editing, which really help the film stand out. Bringing the film together are Joshua Kachnycz and Ricardo Segarra who once again play off each other with as much energy as the first film. Their childlike behavior working perfectly to change the direction and tone of the movie...- Philip Rogers READ MORE

Check Out Breakfast Trailer below:
(Note: Trailer will not be visible to those receiving T&T via RSS Feed click HERE to view) 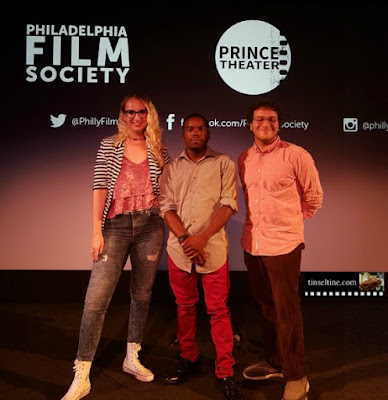 The second film in the slate was DO YOU HEAR THAT? | FONTAIN | SuperPOWer Pictures |5min
In this horror comedy, a bickering couple investigate a strange sound in their home.

No need for me to explain further when you can see the short for yourself:

The 3rd Short of the evening is by a PFS insider, you may recognize him from the box office of the Roxy Theater. 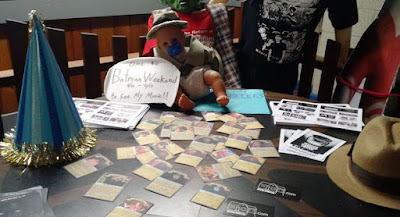 Detective Dad and his partner Brienne get trapped inside of a prison filled with the world’s most dangerous wizards.

Again, no need for me to explain further when you can see the short for yourself. I will say that this film is SO cray cray that I found it highly amusing! Kudos to Michael on thinking up the Birthday Wizard concept!

Note: Film will not be visible to those receiving T&T via RSS Feed click HERE to view.


Now that you've checked out these awesome shorts by Philly's next auteurs. Check out an excerpt of their Q&A which took place after the showcase screenings, hosted by Travis Trew:

While you're here click below buttons to check out...