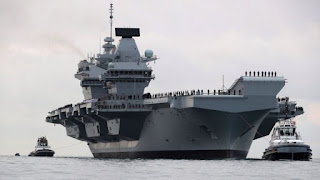 The UK's new aircraft carrier, Hms Queen Elizabeth, is to set sail to the US where fighter jets will land on its flight deck for the first time.
The Royal Navy's £3.1bn future flagship is expected to leave Portsmouth Naval Base at about 18:00 BST.


During the 65,000-tonne carrier's trip it will embark two US F-35B test aircraft, based in Maryland.


They are expected to carry out 500 landings and take-offs during the carrier's 11 weeks at sea. 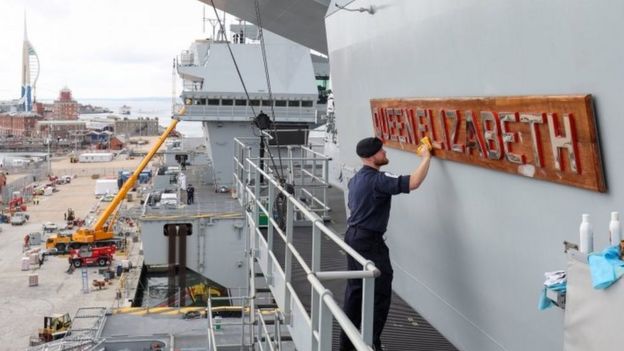 Defence Secretary Gavin Williamson said the trip would "strengthen our special relationship" with US forces.
Capt Jerry Kyd, the carrier's commanding officer, added: "Crossing a major ocean with 1,500 sailors, aircrew and marines embarked and the spectre of the first F-35B Lightning landing on the deck in September is very exciting for us all.


"It has been an incredible journey since we left Rosyth just over a year ago and we are all looking forward to this next seminal chapter in HMS Queen Elizabeth's life."


On leaving Portsmouth, HMS Queen Elizabeth will carry out tests in UK waters before heading across the Atlantic to the US where it will also visit New York. 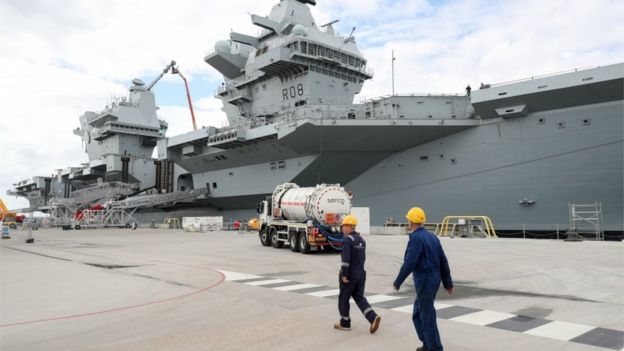 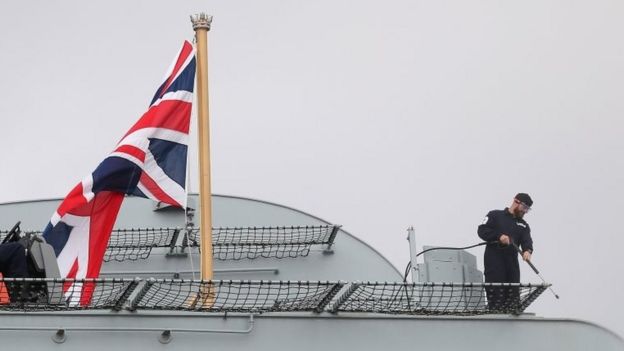 The first of the UK's joint Royal Navy and RAF F-35B supersonic jets arrived from the US in June and are based at RAF Marham in Norfolk.


Testing with these aircraft is expected to take place onboard HMS Queen Elizabeth next year.

Queen eShun – Nonsense ft Medikal (Mp…
‘A Pound for a Poo’ in Stratford upon…
Content is King and a Multilingual Bl…
Best Story-Rich Games on PC: November…
Royal Palace Rugs