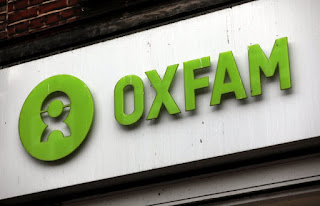 More than 1,000 people cancelled their regular donations to Oxfam over the weekend as more claims about a Sexual Misconduct Scandal emerged.
Oxfam confirmed that 1,270 Direct Debit payments were stopped across Saturday, Sunday and Monday.


The number is far above the average cancellation rate of 600 per month.


The charity is at the centre of allegations that staff working for Oxfam in Haiti and other countries paid vulnerable people for sex.


A spokesperson for Oxfam said: "We are grateful for the support of people during this difficult time for Oxfam, some of whom have expressed that they are deeply saddened by the repercussions of the appalling actions of a few - they are determined that the millions of people that Oxfam helps worldwide don't suffer as a result."
Oxfam said it had received 78 single gifts on Tuesday, the highest number since 1 January.

Building a Talent Pool in a Tight Mar…
Blackjack for Beginners: A Short Guid…
Impulse Control Activities For Kids: …
Why Furries Make Excellent Hackers
What Do Rehab Centres Offer?


This post first appeared on Quest Times, please read the originial post: here
People also like
Building a Talent Pool in a Tight Market
Blackjack for Beginners: A Short Guide
Impulse Control Activities For Kids: How To Teach Impulse Control
Why Furries Make Excellent Hackers
What Do Rehab Centres Offer?
18+ Adult Movies Of All Time To Fulfill All Your Sexual Fantasies| Lolita, Exotica and More
Why the BigCommerce and Walmart Partnership Is a Big Deal
MICRO BUSINESSES
Nestorian Christians to recreate the Mongol Empire (NECREME)
How To Kill Carpenter Ants