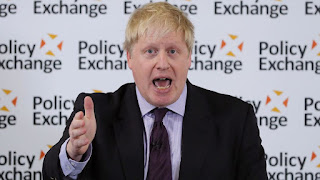 Boris Johnson has told his fellow Brexiteers they should not "gloat" about the UK's departure from the EU, which he said was a cause for "hope not fear".
The Foreign Secretary urged people to "unite about what we all believe in", an "outward-looking, confident" UK.


Leaving the EU was not a "great V-sign from the cliffs of  Dover", he said.


Mr Johnson also said the result cannot be reversed and that Britain should not be bound by EU rules after Brexit.


And he questioned the economic benefits of being in the EU single market and customs union, which the government plans to leave.

How to Develop an Educational App?
Don’t Forget to Brush Your Fur
Life Insurance for Pilots
India can be the epicentre of global …
Manton Rempville -6