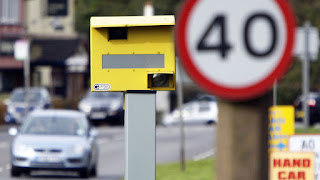 Drivers should be punished even if they only exceed the speed Limit by 1mph, the policing chief for Britain's roads has reportedly said.
Currently, guidance says Police forces should only issue penalties when motorists are 10% over a speed limit plus 2mph - for example, 35mph in a 30mph zone.
But chief constable Anthony Bangham, the National Police Chiefs' Council lead on road policing, is said to have called for an end to the 10% "buffer".


Mr Bangham said speeding awareness courses were being used too widely instead of penalty points and fines.


The West Mercia chief made the comments in a speech at the Police Federation Roads Policing Conference on Tuesday, according to the Daily Mail.


He was quoted as saying: "Let's change the message - we are proud to be law enforcers.
"I do not want the public to be surprised, I want them to be embarrassed when they get caught... They need to understand the law is set at the limit for a reason.


"They should not come whinging to us about getting caught. If booked at 35 or 34 or 33 (in a 30mph zone) that cannot be unfair because they are breaking the law."


This post first appeared on Quest Times, please read the originial post: here
People also like
How come so many Christians don’t really know God?
Bodycam Video: Arizona Police Shoots A Man After Mistaking His Vape Pen For A Weapon