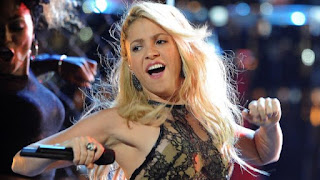 Spanish tax authorities say Colombian Pop Superstar Shakira owes income tax for 2011-2014, arguing that she was resident in Spain then.
They have asked Spanish prosecutors to open a tax evasion case against the singer, whose fortune is reckoned to be more than $200m (£176m).


The tax bill could be tens of millions of euros, Spanish media report.


Sources close to Shakira deny that there was any tax evasion and say she was outside Spain most of that time.


The sources - not named - said Shakira had always complied with her tax obligations.
The global superstar - also famous for philanthropic work - is the partner of FC Barcelona footballer Gerard Piqué. In 2015 she declared Spain to be her place of residence for all purposes.


The tax officials are seeking four years of unpaid taxes from all her global income - not just income generated in Spain.