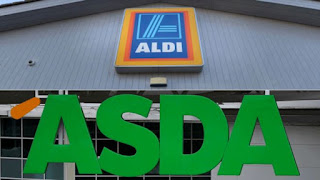 Asda and Aldi are to ban the sale of Energy Drinks to children under 16 from early March.
The move comes after Waitrose announced that customers buying drinks after 5 March could be asked to show ID.


Asda has become the first of the "big four" supermarkets to announce an age limit, which will apply to 84 high-caffeine drinks, also from 5 March.


Aldi will apply it to soft drinks containing 150mg of caffeine per litre from 1 March.


The move follows calls by campaigners for a complete ban on energy drinks, and it comes weeks after MP Maria Caulfield asked Prime Minister Theresa May to consider a UK-wide ban.
Both retailers cited the growing concerns about the effect of energy drinks on young people as a key motive in introducing the ban.


Oliver King, Aldi's managing director of corporate responsibility, said: "We are introducing this age restriction in response to growing concern about the consumption of energy drinks among young people."


Asda's chief customer officer Andrew Murray said the retailer was working hard to "ensure we get the balance right between offering choice and doing the right thing".


He added: "We have listened to our customers and want to take a leading position in this area to support parents and teachers in limiting young people's access to high caffeine drinks."