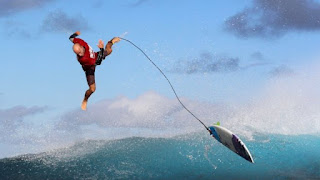 Australian surf wear brand Billabong has been sold after a takeover bid from rival Boardriders, which values the company at about $155m (£114m).
The deal is a lifeline for the troubled firm, which has only turned a profit in one of the past five years.


The company sells clothing under eight different brands and sponsors surf events around the world.


Boardriders was formerly known as Quiksilver, and still sells clothing under its original name.
It is owned by US private equity fund Oaktree Capital Management, which was already a major Billabong investor.

With GiftstoIndia24x7.com, this Raksh…
How to Keep on Running During the Pan…
Little Meadow Campsite
The Correct Order for Your Skincare R…
Paris Interiors With Antique Rugs