Manchester Arena bombing 'could have been avoided' 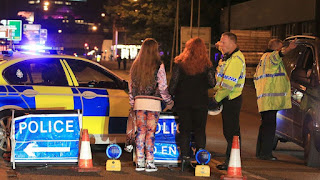 
The assessment by David Anderson QC found that three of the six terrorists involved in those attacks were on the security services' radar.


Manchester suicide bomber Salman Abedi had twice been a "subject of interest" in MI5 investigations in the years before last May's attack, but those investigations were later closed and interest in Abedi was downgraded.


However, fresh intelligence was received about the 22-year-old's activities in the months before the Manchester Arena bombing, but its "significance was not fully appreciated at the time".


The report concludes that "in retrospect, the intelligence can be seen to have been highly relevant to the planned attack".


A security services review of intelligence on around 20,000 extremists highlighted Abedi as one of a handful of individuals who warranted "further consideration".


An MI5 meeting to discuss whether Abedi should be further investigated came too late. It was scheduled for the 31 May, nine days after the bombing.

Starting a WordPress Blog in 2020? Tr…
Cat Coronavirus Diary – Day 3
Rug Mistakes and How to Fix Them
How to Start Your Profitable Online B…
كيفية إنشاء حساب في بي إن

Manchester Arena bombing 'could have been avoided'