UK economic growth strengthens in third quarter to growth of 0.4% 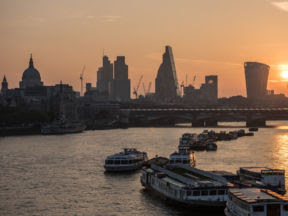 UK Economic growth picked up in the third Quarter of the year to a better than expected 0.4%, according to preliminary figures.
In its first estimate of growth for the three months to September, the Office for National Statistics (ONS) said Spending in the dominant services sector continued to be the engine behind the economy's performance.


However, the fact growth was driven by a pick-up in retail spending and car sales will intensify worries at the Bank of England that people are living beyond their means as unsecured consumer debt levels hover around pre-crisis highs at £200bn.


The 0.4% growth figure represented an improvement on the second quarter's 0.3%.


The rise fuelled expectations the Bank will move to make borrowing less attractive and tackle rising inflation next month by raising interest rates from their post-Brexit vote low of 0.25%.

UK economic growth strengthens in third quarter to growth of 0.4%