Equifax raises the impact of US data breach 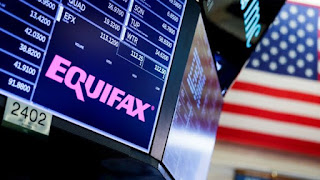 Equifax has revealed 2.5 million more Americans than previously thought may have had information compromised in a huge cyber Security Breach at the firm.
The credit report giant said on Monday about 145.5 million of its US customers might have been affected, up from a previous estimate of 143 million.


The update came a day before former boss Richard Smith testifies in Congress about the attack.


Mr Smith apologised ahead of the hearing for the firm's failings.


Critics say the company failed to take proper steps to guard information - such as Social Security numbers, birth dates and addresses - and waited too long to inform the public.
Equifax disclosed the attack last month, estimating that about 400,000 Britons and 100,000 Canadians may also have had data compromised.


On Monday, the firm raised its estimate for US customers, but lowered it to only 8,000 Canadians after further investigation.


This post first appeared on Quest Times, please read the originial post: here
People also like
Canadian Online Casinos at its Best
Dead Ends in Cryptanalysis #2: Timing Side-Channels
Twitter Opens Account Verification Program For Everyone; Here’s How You Can Apply
Cybersecurity secrets that hackers don’t want you to know in 2021
Carpenter Ants in House
A Run Down of Ashton Kutcher Brazilian Jiu Jitsu Journey

Equifax raises the impact of US data breach