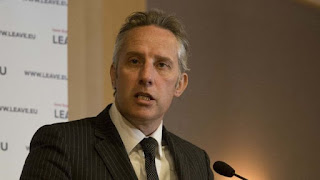 MP Ian Paisley has referred himself to a parliamentary watchdog over claims he did not declare £100,000 in hospitality from the Sri Lankan government.
A newspaper report said the DUP MP and his family took two all-expenses-paid holidays to the island in 2013.


The Daily Telegraph said he recently met Sri Lankan officials to discuss the possibility of post-Brexit trade deals with the south Asian country.


But the MP said the report was "devoid of fact or logic" and "defamatory".


Mr Paisley later tweeted an image of a letter from his solicitor, Paul Tweed, refuting the allegations and saying that the Antrim MP had referred the matter, and a full explanation, to the Parliamentary Commissioner for Standards.


In response to the Sri Lankan holiday claims, a DUP spokesman said it would await the outcome of the commissioner's investigation.


The newspaper reported that the Paisley family flew business class to Sri Lanka twice in 2013 and stayed in luxurious hotels.


It estimated the total worth of the trips at about £100,000 and claimed the cost and expenses were paid for by the Sri Lankan government.