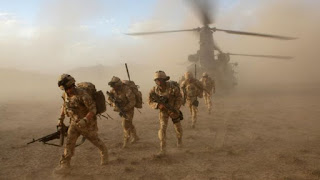 The government has removed its adverts from Youtube amid concerns they are appearing next to "inappropriate" material on the video-sharing site.
The Cabinet Office said it was seeking assurances from YouTube's owner Google that its messages would be displayed in a "safe and appropriate way" in future.


Google, which has been attacked by MPs for not doing more to curb online hate speech, said it would review controls.


The internet giant said it had "strict guidelines" about the placement of adverts but conceded "we don't always get it right".
A recent investigation by the Times found adverts were appearing alongside content from supporters of extremist groups, making them around £6 per 1,000 viewers, as well as making money for the company.


Ministers have summoned Google for talks at the Cabinet Office after imposing a temporary restriction on its own ads - including for military recruitment and blood donation campaigns - appearing on YouTube.


Among the campaigns thought to be affected is one to boost Army recruitment. A major push was launched at the start of the year emphasising the travel opportunities on offer and the lasting friendships made within the Army's ranks.


The government is reported to spend about £2m a year on army recruitment advertising and recently moved away from TV advertising to focus more on digital platforms like YouTube.