BA among airlines fined by European Commission for cargo 'cartel' 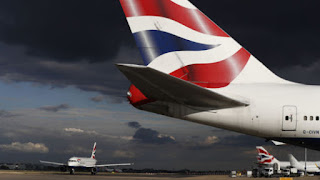 British Airways is among 11 airlines that have been fined a total of €776m (£674m) by the European Commission over an alleged Air Cargo cartel.
BA will have to pay just over €104m (£90.5m) for its part in the deception, which involved collusion to fix the level of fuel and security surcharges, officials said.


The penalties were re-imposed by the Commission after its original judgment in 2010 was thrown out by a court because of a procedural error.


Officials said that legal decision had no bearing on the existence of the cartel, which operated between 1999 and 2006.


Margrethe Vestager, the commissioner in charge of competition policy, said: "Millions of businesses depend on air cargo services, which carry more than 20% of all EU imports and nearly 30% of EU exports.


"Working together in a cartel rather than competing to offer better services to customers does not fly with the Commission.


"Today's decision ensures that companies that were part of the air cargo cartel are sanctioned for their behaviour."

BA among airlines fined by European Commission for cargo 'cartel'